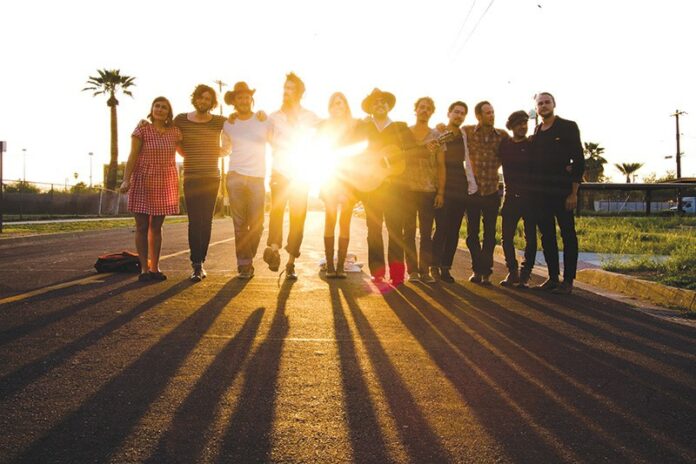 With a lineup of a dozen or so musicians, folk-pop collective Edward Sharpe & the Magnetic Zeros have power in numbers.

Fronted by the messianic figure of Sharpe, the alter ego of singer and songwriter Alex Ebert, the group of folk disciples that make up the Magnetic Zeros may look like a bunch of hippies—they’ve got long hair and dusty sandals—but they play like angels, with tunes that incorporate gospel and psychedelia. Since their debut single, “Home,” went platinum in 2009, they’ve been a headlining staple at festivals and stadiums.

Edward Sharpe & the Magnetic Zeros park the bus in Sonoma County and perform at the Sonoma Mountain Event Center’s outdoor amphitheater for an all-ages show that celebrates Wavy Gravy’s 79th birthday and benefits the Seva Foundation, of which Gravy is a founding board member.

Joining the Zeros in this daylong event are other locally celebrated musicians, Steve Kimock, the California Honeydrops and Hot Buttered Rum. There will also be a gallery of art from Stanley Mouse, Jerry Garcia, Gravy and others, as well as a variety of food vendors and a silent auction of art from Nepal to fund earthquake-relief efforts there.