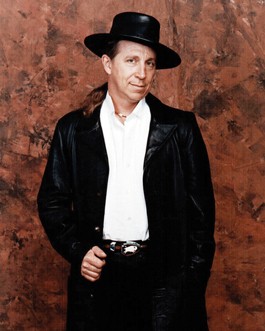 Lovin’ in the Valley

Norton Buffalo, who died at his home of lung cancer last month, was one of the few harmonica players who blew the harp with all the invention and intensity of an electric guitarist. For proof, cue up online clips of Buffalo performing in 1982 at the Golden Bear nightclub in Huntington Beach—especially “High Tide in Wingo,” where for eight wild minutes his band sustains a fast shuffle beat, allowing Buffalo ample room to scream, kick, and blaze his lips all over the harmonica in unrelenting solos. A man possessed, his energy and musical conception seem endless; when the song grinds down to its last chord, it’s like stepping out of a car driven by Mario Andretti.

Buffalo acquired a gigantic circle of fans and friends, especially in his native “Valley of the Moon,” and numerous tributes are lined up in his honor over the next few months. On January 22&–23, the Fox Theater in Oakland hosts the big one, with the Steve Miller Band (with whom Buffalo toured even up until this past summer), the Doobie Brothers, Bonnie Raitt, Huey Lewis, George Thorogood, Elvin Bishop, Charlie Musselwhite, Roy Rogers, Buffalo’s backup band the Knockouts and emcee Wavy Gravy. Up here in Sonoma, where Buffalo hung his hat for many years, a homegrown memorial takes place featuring many of Buffalo’s friends and fellow musicians, including Roy Rogers, Carlos Reyes, Bill Noteman, Tommy Thomsen, Rick Hatfield, Joel Rudinow and members of Buffalo’s bands the Stampede and the Knockouts. Help give remembrance to a local musical icon on Sunday, Nov. 29, at the Sonoma Veterans Memorial Building. 126 First St. W., Sonoma. Memorial service broadcast, 1&–3pm; live music, 3&–9pm. $10-$20 donation for Memorial Scholarship Fund requested but not required. 707.938.4105.