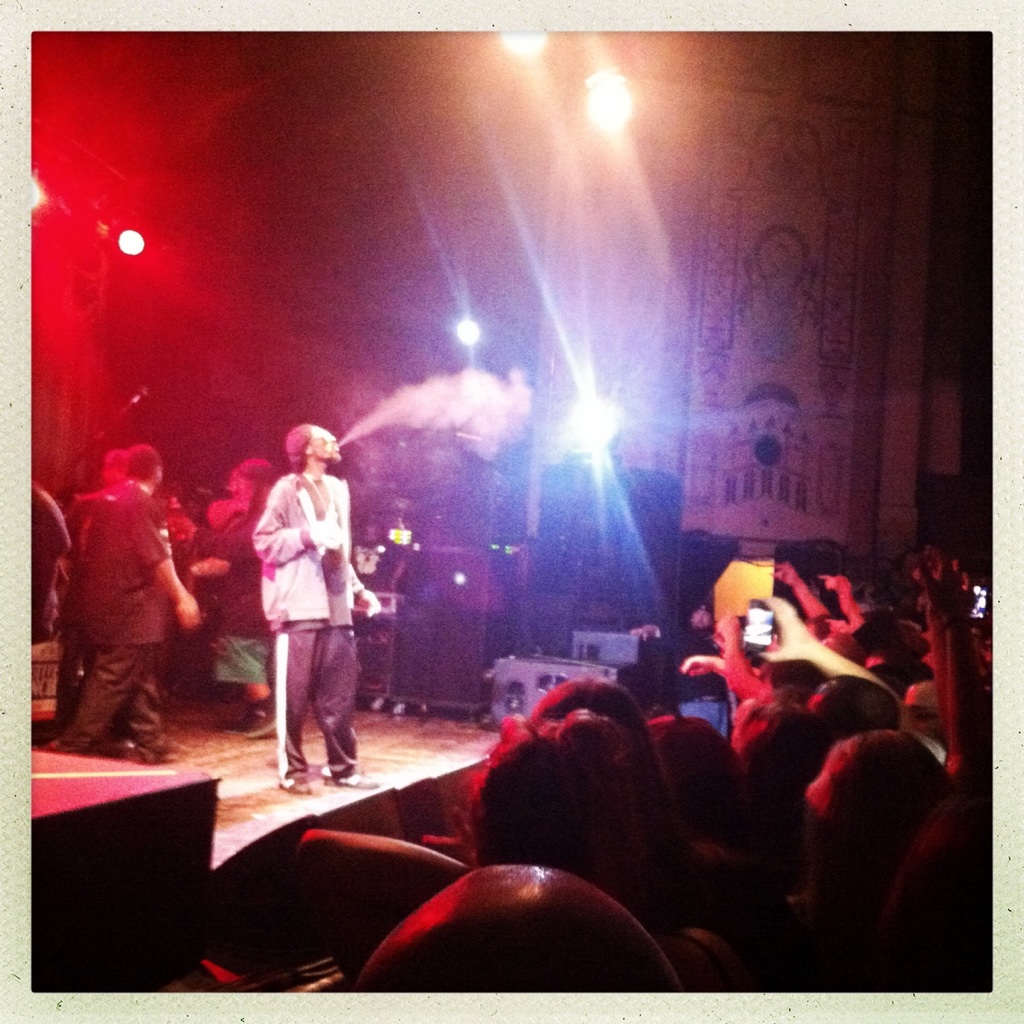 The year is 2043, America has split into two countries, Chinese is the most-spoken language on the planet and music is made almost entirely on computers. A grizzled old man sits next to the holographic Yule log fireplace steaming from Netflix 3D and beckons the children from their video game contact lenses to listen to his story.
Gather round here, kids, I have a story for you. It takes place in a time before holograms were commonplace, when we had to use our own hands and feet to drive our cars, when there only one United States of America and one man sought to bring us together before this country was torn apart. That man’s name was Snoop Dogg.
Now, this man was a musician, and of course his real name wasn’t Snoop. He wasn’t really a dog, either. He had a simple message: smoke as much weed as you possibly can and have a good time. He spoke through the language of hip-hop, and his quest began 60 years ago when he made an album–that’s uh, it’s like a whole bunch of songs in one, uh, CD, which is like a disc with music, oh never mind–called Doggystyle, which was a pun on his name by referencing, well, you’ll find that out later when you grow up. But the point is it was clever. He used clever rhymes and catchy beats and hooks to become a superstar in the music world, and his primary message later in his career became about smoking weed and having a good time, back when it was illegal. 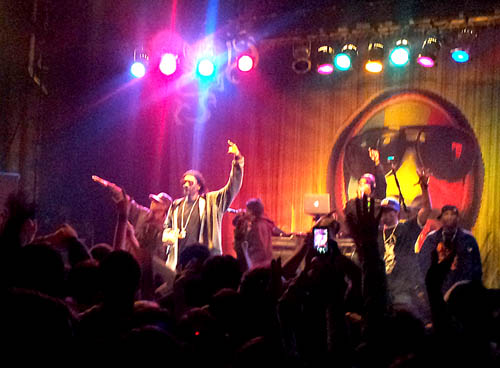 I know, it sounds crazy. You know that this used to just be one country, right? And weed was illegal everywhere. In fact, I saw Snoop Dogg at the Phoenix Theater in Petaluma on, when was it, let’s see here, I think it was December 15, 2012. And he and his friends on stage smoked a bunch of weed, encouraging—nay, demanding the crowd participate with their own joints, blunts or whathaveyou. But security guards were in the crowd, snuffing out the blazing doobies upon sight (or smell). These efficient buzzkillers were the embodiment of what eventually tore this country apart, and the mighty Snoop was powerless against their wrath. Sure, many of the law enforcers were fans of this Snoop Dogg, and took pictures, and sang along, and they were just doing their job, but it was symbolic of a larger institutional problem.

People still got high at the concert, don’t worry about that. There was plenty of nonchalance to avoid detection. By the end of the night, 40-year-old white people were dancing in a way that was almost cool, but with just enough awkwardness to make it funny. There was even a man on stage wearing a cartoon dog head, whom Snoop referred to as “Nasty Dogg.” The name became appropriate when Nasty Dogg held up props like a comically large fake joint, a real 40 oz. bottle of malt liquor and a long, fake penis he used to whap a guy in the front row. People were grinding on each other like a mortar and pestle–that’s what we used to call dancing, “grinding.” We were all just having such a good time. 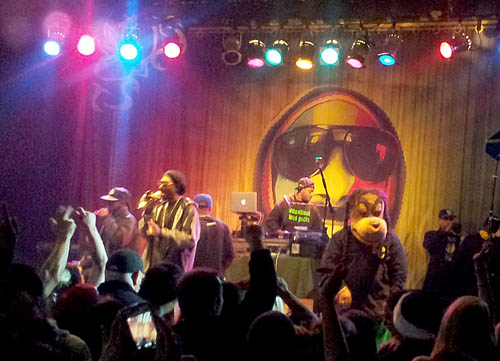 I remember albums back then had long songs–jams, we called them–that would feature other rappers trading off. At this concert, Snoop led the charge but allowed his Dogg Pound crewmembers Daz and Kurupt to take the lead at times, each of whom was talented enough to carry the tunes. He often played snippets of songs, not all of which were his own. He got the most enthusiastic reactions for his hit from Doggystyle, “Gin & Juice,” referred to as “our national anthem,” and House of Pain’s 1990s classic “Jump Around.” There was a weird performance of Snoop’s two-minute verse on Katy Perry’s “California Girls,” and the transitions were quite jarring, as there was no band but only a DJ with a laptop and a big jumble of wires and mixing boards. 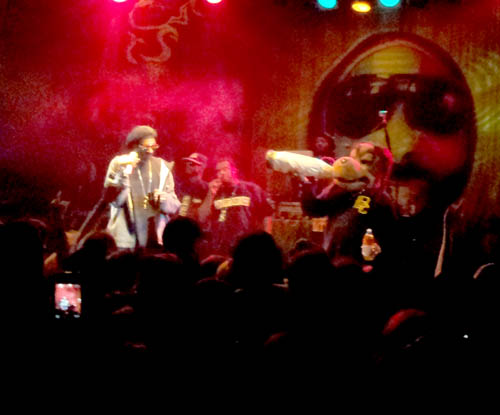 I remember this concert well, because Snoop was such a superstar at the time and this was a small venue, where people paid almost a day’s wages just to see Snoop Dogg perform for an hour. Despite his popularity, his 2020 run for President of the Unites States failed miserably. No matter how much this champion of mellowness opined for marijuana legalization, his and millions of other cries went unheard. The government eventually used this issue to split the country into two separate nations, one with a bunch of guns and no weed, and one with no guns and a bunch of weed. They’re not even allowed to listen to Snoop Dogg or musicians like him over there, they’ve all been stricken from the history books.
You don’t believe me? This is a true story, I have photos to show you. What are those? Oh, they’re like… like if you draw, no wait… like if you see something but it’s not really happening, like it already happened. Well, it’s like a video clip where nothing is movies. Yeah, like that. 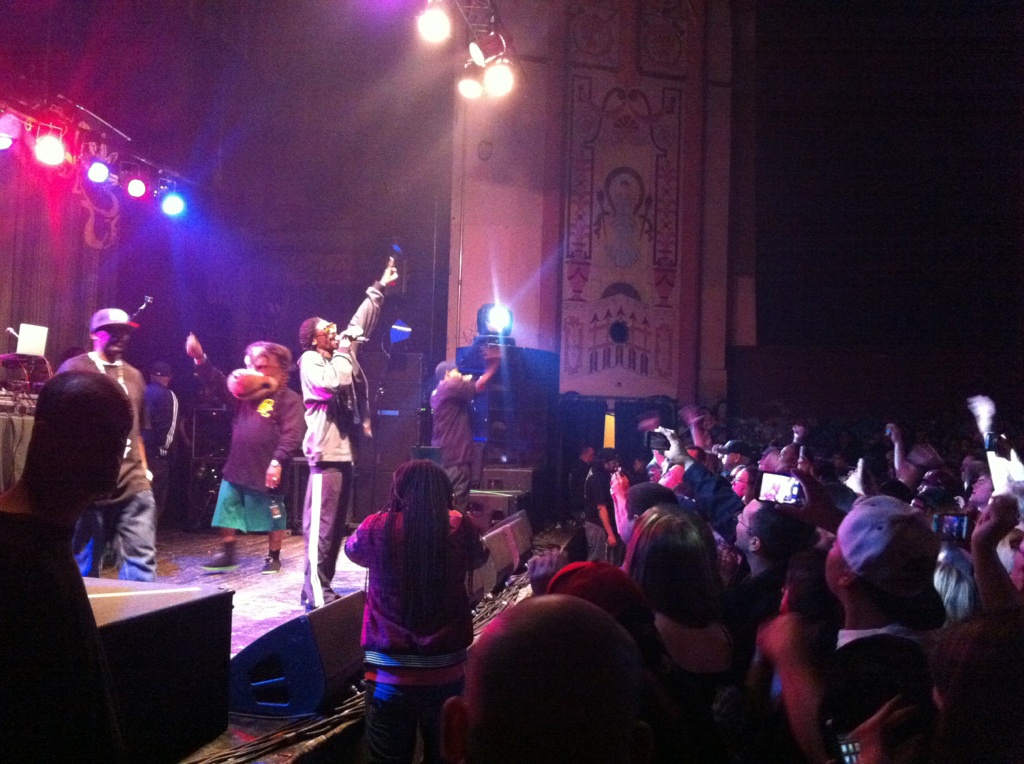 Next Article25 Days Project: The Toyworks