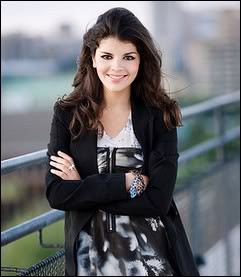 I’ve always wanted to be Lindsay Lohan in The Parent Trap. Ever since I’ve moved to the wine country, I’ve searched for that quintessential moment, the one where she’s driving to her dad’s estate in Napa for the first time. Pulling up to the Castello di Amorosa for the Festival del Sole brought back so many memories of that scene: a valley of grapes rolling before the father-daughter pair as a playful wind dances through Dennis Quaid’s Range Rover, a nanny with laugh lines coming to greet them when they park in the driveway.

Okay, so there wasn’t a well-tanned nanny in an easy-breezy denim tunic waiting for me and my fellow Bohemian writer Caroline Osborn as we pulled up to Dario Sattui’s neo-Medieval castle, but the winding, vineyard-lined road that led to Sattui’s architectural wonder brought me back to those fantasy-laden days when I thought I could be the next big child actress.

The castle sprawled over a large hill, reveling in the fading rays of the afternoon sun. After traversing the surrounding moat via drawbridge, my mind took another sojourn back in time to children’s books I had read of 15th-century Medieval lore, where dark, twisting turret staircases and wrought-iron doors were the order of the day. I may be over-dramatic, but believe me, this castle exudes intrigue. Which makes it a fantastic host venue for Festival del Sole, a 10-day musical pastiche of well-established artists from around the world.

The location certainly wasn’t lost on Nikki Yanofsky, the 16-year-old jazz sensation from Canada. Last night, performing in the castle’s courtyard, the singing phenom virtually bounced onto the stage in a jean jacket and simple white dress, which was—strangely enough—not unlike the garb of Lohan’s Hallie. She said she’d never been in a castle before, and that she “felt like a princess”—a comment that produced coos from the mostly gray-haired audience.

But as cutesy as Yanofsky may sound, or appear, her voice certainly marked her place on the castle’s stage. She scatted, snapped, and moved her shoulders, bringing her accompaniment and the star-struck audience along with her. The songs she sang spoke of the toils of metropolitan public transportation, unrequited love, and even “The Heart of the Matter,” in a way that sometimes unsettlingly contrasted with her age. Not like she doesn’t have time, anyway. The vivacious vocalist signed CDs after the show like she’d been doing it for ages. And she probably will.—Anna Schuessler