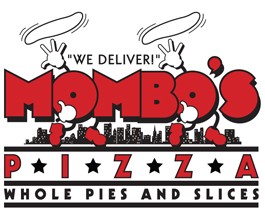 Banks are closing, gas prices are enough to make anyone break down and sob at the pump and this just in: the price of mozzarella cheese has inflated by 80 percent, putting the beloved pizza pie industry in danger. Sure, I’ll ride my bike to work and stuff cash into my mattress, but please, O Mighty Economy God, don’t take the pizza! Luckily, Fred Poulos, owner of Mombo’s Pizza in both Santa Rosa and Sebastopol, has come to the rescue.

Faced with either increasing prices or decreasing portions, Poulos decided to find a happy medium. The compromise evolved into a little thing called the “Lighten Up” menu, a two-tiered pricing system, where customers can opt for a pizza with less cheese and toppings instead of paying a higher cost for items off the original menu.

Over the past 18 months, Poulos has seen the prices of his ingredients rise at alarming rates (flour alone shot up 200 percent) and knew something had to be done, fast. For the first six months of the year, he struggled to stay competitive and increased advertisements, but his sales declined.

“I have never in my 30 years of owning pizza restaurants seen pizza fare badly in a recession. On the contrary, I do better in recessions!” Poulos says, recalling the days of his first restaurant, Pizza My Heart, during the Reagan trickle-down. “I’ve always said pizza was recession-proof. But here we are.”

“When my partner Mike and I started testing the new menu last month, I discovered I actually liked it better,” Poulos says. “It’s a much more authentic representation of true East Coast&–style pizza.”

It’s been a month or so since the introduction of Lighten Up, and while customers are taking their time getting used to a slice not dripping in cheese and laden down with toppings, Poulos says they appreciate the gesture.

“My gut tells me we’re in for the long haul with this one,” Poulos says, “so we’re really doing our best to keep moving and serve our customers as best we possibly can.”