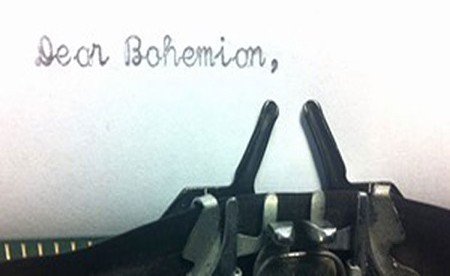 The Thomas Nast political cartoon cited in “Artful Resistance” (Feb. 8) as “speaking truth to power” was anything but. It was propaganda of the anti–Irish Catholic kind. Nast was fiercely anti-Catholic and a vocal opponent of New York’s Democratic political machine, Tammany Hall. That 1871 cartoon in Harper’s Weekly depicted Catholic bishops as alligators attacking public school children and their teacher. In the background, lest anyone doubt Nast’s intended targets, Tammany Hall is portrayed as St. Peter’s basilica in Rome, with Irish and Papal flags. Truth to power? I call it nativist, anti-immigrant bigotry.

Thank you for reporting this (Fishing Report, Feb.8). It appears our sheriff is diametrically opposed to the will of the people of Sonoma County, but I guess that is nothing new.

Thanks for at least asking the questions. As a community, we need to keep pressing to hold these people accountable and actually answer the questions they are being asked.

My old prayers aren’t working anymore. A friend tries to reassure me with her cosmic view: “We are all a part of one another from the beginning of time to now. This rain falling could be Caesar’s piss.” She believes we are all responsible for the election results. No way. I’ve been working for the underdogs since I learned to howl. Now I find myself at the front of the dog sled, straining in harness and suffocating in the deep snow. No, I won’t go to the public demonstrations anymore. What do they accomplish? Get a little mob-rule stimulation surging in our veins? Then go home and binge-watch TV shows? Nope. I think we need to get specific. Real specific. What can I do right now to make a difference?

Here’s my new prayer: Let us pick one noble or modest cause— environmental, political, whatever we care deeply about and commit to that cause for the rest of our lives. The business of our lives must include our chosen citizen avocation, and we must go after it with the same zeal we have for our career, art, family, home or car. So get fired up! We are all hired by the citizen council. The returns on our investments begin accumulating now. Step right up and sign on the dotted line and never give up. Amen.

In the Debriefer item of Feb. 1, “KOWS Crushed,” we erroneously reported that the city of Sebastopol had denied a permit to KOWS to site its antenna in town. The Sebastopol city council issued a permit to allow for the antenna, but pressure from community activists opposed to it served to nix the proposed project.