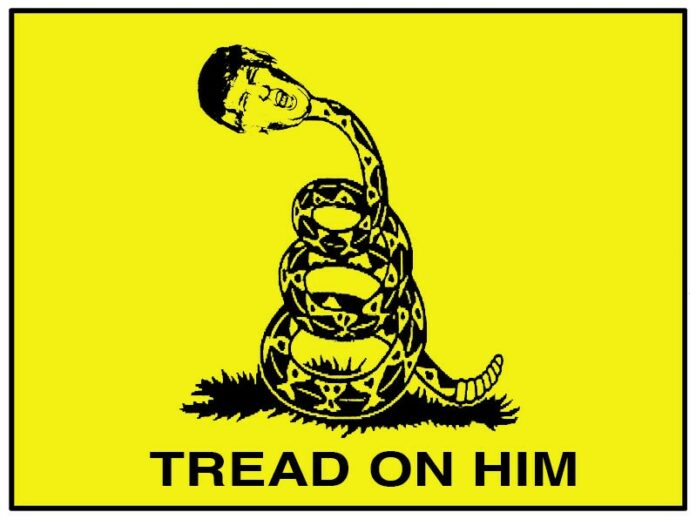 The new Gadsden flag: May it wave not a minute longer than four years

In reading the article by Robert Reich (“Left Coast Rising,” Nov. 30), I was surprised by his argument, extolling California’s virtues, that the state’s high tax rate gives it the ability to insure more than 12 million poor Californians. He concludes that California’s progressive policies are far better for the citizenry than those of conservative states like Texas and Kansas. Mr. Reich misses the most obvious and glaring fallacy of his argument: that he classifies nearly one-third of California’s population as poor. The policies he lauds are indeed at the heart of the wealth and income disparity in California. The reality of Mr. Reich’s California is that the wealthy are doing quite well; the poor, not so much. There are many great things about California, but those argued by Mr. Reich condemn a third of Californians to a certain and lasting life of poverty.

Thank you for shining a bright and badly needed light on the practices of some Marin-based investment firms that make huge investments in oil pipelines, oil wells and the fracking industry (“The Spigot,” Oct. 26). It is very disappointing and a shame that, at the same time that thousands of people are at Standing Rock, N.D., to bravely demand protection of our water and environment, the named Marin financial firms are “fracking funders.”

I applaud [your] investigative journalism and also naming some of the national firms that continue to invest in industries that pollute our planet and our lungs. The investing public should know that many of the very largest mutual fund companies, such as Vanguard, continue to heavily invest in oil and tobacco industry holdings such as ExxonMobil, Dominion Resources, Chevron Corporation, Philip Morris International, British American Tobacco, Suncor Energy and Occidental Petroleum.

The investing public should also know that there are other local investment and financial planning firms that work hard to limit or completely avoid investing in these and other dirty industries. There are many other ways to responsibly and prudently invest capital. Thank you again for calling attention to this important issue.

Please find attached my much-improved version of the Gadsden flag. The sooner we put this particular snake underfoot, the better.