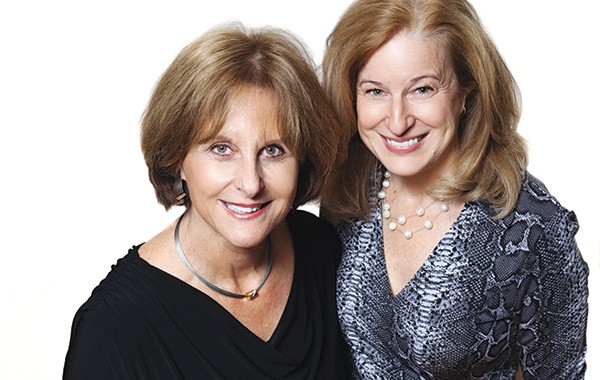 According to the National Center for Charitable Statistics, there are more than 1.5 million nonprofit and charitable organizations registered in the United States. Though these numbers reflect that we are not an ideal society, they also indicate that we are trying. Because of growing income disparity and social needs in this country, nonprofits are essential.

“The problems are simply too big and getting bigger every minute,” says Neil Edgington, president of Social Velocity, a management consulting firm specializing in nonprofit organizations. “Government resources are shrinking, so the greater burden for solutions is increasingly placed on the shoulders of the nonprofit sector. As problems get worse and money gets tighter, the social change sector will take center stage.”

Yet as the need for nonprofits grows, the private donations on which those organizations depend have not kept pace. In spite of an improving economy, funding for charities is stagnant.

But don’t tell that to Impact100 Sonoma. Each year, the group pools donations of $1,000 from 100 women and donates grants up to $100,000 to competing local nonprofits after a group vote.

Impact100 Sonoma is one of several Impact100 chapters around the country. The group originated in the Cincinnati/northern Kentucky area in 2001 with the purpose of promoting philanthropy among women. Impact100 Sonoma is the only group of its kind in California, but there are now 18 Impact100s in the United States and three in Australia.

“We have heard from other communities in California about how we organized, and we expect that there will probably be a sister group in Northern California joining us at some point in the future,” says Canfield.

“All of the $1,000 commitments that we collect from membership are aggregated to form the pool for the various grants,” says Canfield. “By aggregating funds, we are able to make a greater impact on an organization than doling out smaller amounts through fundraisers and silent auctions, which can be labor-intensive and ultimately aren’t able to raise [a large] amount of money in a small community like ours.”

Some members contribute more to help with overhead costs, and local sponsoring organizations such as Union Bank and Rabobank assist with contributions as well.

A $100,000 grant can elicit an onslaught of applications which are processed through a rigorous system.

“It begins with a proposal that must include a detailed budget and milestones for what you hope to achieve,” explains Canfield. “We have a series of committees made up of members of Impact100, and they vet the proposals over a period of several months. The vetting also includes a site visit so that members of the Impact100 committee can meet the administrators of the nonprofit and understand their processes and intentions for the grant that they’ve submitted. Finally, there is a vote among the entire membership from the finalists that the committees put forward.”

All applicants must make a pitch to the group for the award. The recipient for the 2014 $100,000 award, the Redwood Empire Food Bank, moved many board members to tears.

“In this case, we listened to what was described by the presenter as ‘voices of hunger,'” says Impact100 communications director Judy Scotchmoor. “The voices were of ordinary people having a tough time for a variety of reasons. They live here. They are part of us. They need our help. And in many cases, we did not know that they were there.” Scotchmoor goes on to say that “those tears are those of joy in knowing that we can help make a difference.”

The value of Impact100 is its ripple effect in the community. Although there are several charity and nonprofit watchdog groups and document-disclosure requirements, donations are made in faith. But the local, grass-roots approach to charity taken by Impact100 directly affects the community in which it serves. The Boys & Girls Clubs of Sonoma Valley was the first nonprofit to receive the award, in 2010.

“The affect is still being felt today,” says Boys & Girls Club committee member Rachel Cusick. “Since the 2009 launch of the case-management teen program, College Bound, the club has seen 110 kids graduate from Sonoma Valley High School with a solid post-secondary education plan. Ninety percent of these students who participated in the College Bound program are still on a path to success in their post-secondary education goals.

“Another astonishing outcome of the program is the success rate of students who chose the community college path. Thirty-three of the 110 graduates chose to attend a community college, and 73 percent of these either graduated with a degree or are on track to complete their studies.”

Compare this with the statewide community college dropout rate of 70 percent, she says, and you begin to see the impact that solid planning for a post-high school education can have on Sonoma Valley teens.

Cusick attributes the success of the College Bound Program to Impact100 Sonoma and the support the group provides with its positive stories about the Boys & Girls Club in the community.

Juan Hernandez, executive director of La Luz Center, a nonprofit that assists those in need with medical costs, food and housing, says their Impact100 grant laid the foundation for a new building and support for mental-health programs.

“Impact100 has given us the stepping stones to take the leap to where we are today,” he says.

“The impact that Impact100 has had on Sonoma Valley Teen Services goes well beyond the grant funds,” she says. The grant increased exposure and “added legitimacy” to the organization and encourages future investors to be confident in any donation given, she says.

“They provide us occasions to showcase our programs and offer us ongoing networking and educational opportunities,” says Lawrence. “We are fortunate to have this organization in our community.”

The Impact100 model of philanthropy is similar to crowdfunding, in which a project is funded by raising many small contributions from a large number of people, usually via online platforms like Kickstarter. But Scotchmoor refers to the Impact100 model as a “giving circle.”

“Giving circles, as they currently manifest themselves, are a relatively new trend, but they are built on old traditions dating back hundreds of years to mutual-aid societies and other forms of giving for the community,” she says.

Giving circles were initially composed of women, but they are now more diverse in gender, as well as race and age, although women continue to make up the majority of members.

“The trend that I see is that we have found an amazingly effective and simple way to be impactful,” Scotchmoor says. “With all the bad news that we are inundated with on a daily basis, it feels pretty darn good to know that together we are making such a positive difference in our community. The diversity of projects we have supported shows that we are increasingly more aware of unmet needs and we are able to do something about that.”