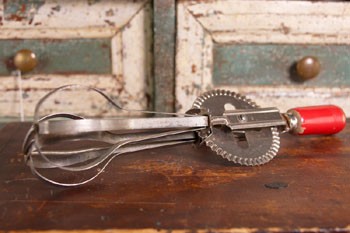 Everything That Rises Must Converge: Alchemy and emotions meet over the hearth.

One writer remembers learning to lord it over the hearth

I cannot remember the first thing I cooked, or when my interest in food consciously began. I do remember some time, either late in high school or during an early college summer, preparing an impromptu soup for my (very possibly drunk) friends and receiving thankful praise because apparently there was nothing to eat in the house; it was late, we were starved and the store was far away. I put together random vegetables, legumes and a broth, adapted things with spices and basically rummaged through the fridge and the pantry in search of a few things that just might go together after they had sat in a pot for a little while. From their responses, I felt like a hero.

Looking back, I remember also feeling something akin to, though not quite as forceful as, what M. F. K. Fisher describes in “The Measure of My Powers,” an essay from her well-known book The Gastronomical Me. Fisher, wrapping up a remembrance of her early exploits and missteps in the kitchen, reveals the exuberance she experienced while lording it over the hearth at a young age: “The stove, the bins, the cupboards, I had learned forever, make an inviolable throne room. From them I ruled; temporarily I controlled. I felt powerful, and I loved that feeling.”

Fisher’s right. It was pleasant. And as I continue to cook and prepare more sophisticated dishes, it still is. Back then, it was pleasing simply to know that my friends were contented with what was in their bellies, what had passed over their lips. Certainly none of us were food connoisseurs or critics, nor did we care to be such. But people know what pleases them, and whatever was in that pot (and there were many things) passed for satisfaction, for sustenance, as well as encouragement for me to keep exploring the power of preparing food for others.

This feeling also speaks to the alchemy of cooking and the mysteries of the kitchen. For the uninitiated, going into the kitchen is like crossing an international border. It is a place where a different language is spoken, which is at once intriguing, beautiful sounding, but entirely foreign.

Not surprisingly, in my house growing up, that language was spoken often and always by my mother. The kitchen certainly was her throne room. And though formalized lessons were never really part of our interaction, just by my hanging around (and maybe because I liked to eat), many of the things she did there I found in translation, rather than losing them.

At home I witnessed the basics of how many meals begin: warming olive oil and sautéing onions, browning meats and pouring off fat; patting fish dry, dipping it in egg and then dredging it in flour as you get ready to fry. Her continual work and her creations provided me with an indelible footprint from which to begin walking on my own, and a reason why I could feel comfortable improvising something late at night in the kitchen for the first time and for times to come.