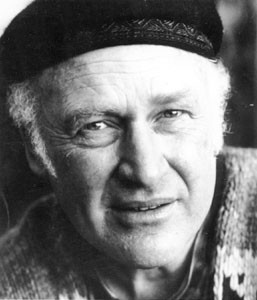 Farewell to the Chief

The long, strange trip came to an end for Ken Elton Kesey at 3:45 a.m., Saturday, Nov. 10, 2001, after 66 years and a few hundred lifetimes on this planet. But the Bay Area continues to mourn his death and celebrate his life (for details on one upcoming tribute, see below).

Kesey (author of One Flew Over the Cuckoo’s Nest and Sometimes a Great Notion) was a great friend to my father, Neal Cassady, and almost a second father to me after Neal died in 1968 when I was 16 years old. Ken was one of the kindest and wisest men I’ve ever known, and he was one of my biggest heroes and mentors starting soon after he met Neal in the early ’60s, a feeling that continues in me to this day.

Neal always wanted to be a provider for his family, and little did he know that much of that provision would be accomplished posthumously through doors that were opened to me because of his famous friends like Kesey and the Grateful Dead. Much to the worry of my mother, Kesey and Neal would come collect my sister and me at Saratoga High School, giving the authorities some song and dance about dentist appointments or whatever, then whisk us away to see the Dead play at a Mountain View high school’s prom dance, just after they changed their name from the Warlocks.

After Neal’s death, Kesey would go out of his way to look us up when he was in the Bay Area. He showed up unannounced at my wedding in November of 1975 on his way back from Egypt, while writing a piece for Rolling Stone. That was one heck of a party. I still have pictures of him holding my then 3-month-old son and beaming like a proud godfather.

Another warm memory occurred backstage at a Dead show in Eugene, Oregon, when Kesey’s fellow prankster Zonker ceremoniously presented me with one of two railroad spikes that the Dead’s roadie Ramrod, while on a sacred pilgrimage, had extracted from the tracks where Neal died in Mexico. And again when Kesey and Ken Babbs bequeathed Neal’s black-and-white striped shirt to me that he had worn on the bus trip in 1964, this time during a show we did at The Fillmore in 1997 before bringing the bus to Cleveland, where it was inducted into the Rock and Roll Hall of Fame.

Ken called and asked if I would drive “Further” into Ohio, “because Neal can’t make it this trip.” Although veteran prankster driver and mechanic George Walker wound up at the wheel, Kesey’s heart was in the right place. That road trip was surpassed only by the four-week tour of the U.K. the next year, sponsored by London’s Channel Four studios.

Traveling with Ken in close quarters for that long really made for a lasting bond between us, and he was at his peak as a performer. I last saw him as we said our goodbyes at SFO after that incredible journey, and I was sad to have not been able to do so again before his death.

Ken Kesey was a great teacher and a beautiful soul. He will be missed by all who were touched by his magic.