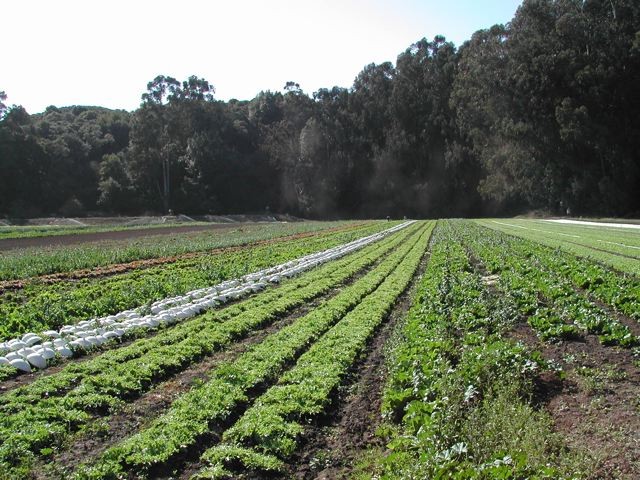 This week, the University of San Francisco bought the grandfather of certified organic farming in California, Bolinas’ Star Route Farms.

News of this sale had been rumored for months, and this week the university announced that the deal had indeed gone down on July 8.

University spokeswoman Ellen Ryder says the purchase price for the farm was
$10.4 million, which included the property, buildings, equipment and business operations. The school will use the 100-acre property as a teaching farm and community-outreach platform. University president Rev. Paul. J. Fitzgerald says in a statement that the purchase will enable and enhance “USF’s commitment to environmental and social justice,” central tenets of a Jesuit faith.

The purchase will save Star Route for future generations of would-be organic farmers, and forever protects a glorious swathe of West Marin from a feared onslaught of development. Star Route founder Warren Weber opened Star Route Farm in 1974 and runs it with his wife, Amy. It provides produce to restaurants and markets around the Bay Area.

“We are very pleased and honored that the University of San Francisco will continue the Star Route Farms legacy,” says Weber in a statement. “We hope young people, entry-level farmers, and farmers around the world who struggle with conventional agriculture will learn from the passion and expertise that USF offers this enterprise.”

Congratulations were quick in coming from around the Bay Area, from some of the most prominent slingers of organic hash in the country. Alice Waters, the chef, author and founder of the estimable Chez Panisse in Berkeley, noted that “school-supported agriculture is an idea whose time has come” as she praised Weber for continuing the operation and launching an “interactive educational program that can be a model for the rest of the country.”

Traci Des Jardins, the chef-owner of Jardinière and Mijita in San Francisco, says she’s been buying Weber’s product for decades as she celebrated the new partnership. “The preservation and continuation of this visionary farm will play an important role in educating new generations,” she says.

Star Route has indeed come a long way in its pioneering role as California’s first certified organic farm. Weber’s farm started as a five-acre tract that utilized horse-drawn plows and, as the university notes in its announcement, was a pioneer in adopting “production and post-harvest technologies such as precision planters and hydro-cooling equipment,” which allowed it to bring the freshest possible product to market.