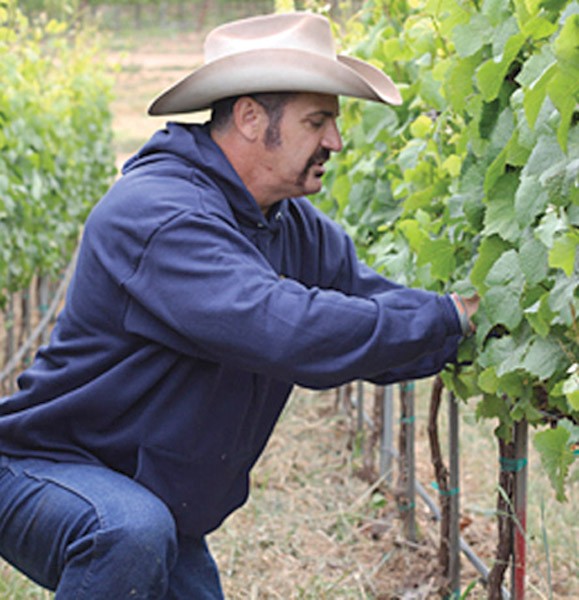 Let’s imagine there’s a popular reality television show in which a company president secretly spies on his employees while pretending to be a prospective new hire. Say, one day, a TV crew shows up at your workplace with a middle-aged guy who says he wants to switch careers, and nobody says, “Hey, doesn’t that guy work in the office?”

In other words, is CBS’ new show Undercover Boss believable?

Based on a recent advance screening of this Sunday’s episode, which stars Kendall-Jackson president Rick Tigner, they seem to have pulled it off. With his salt-and-pepper hair dyed black, wearing a ten-gallon hat and sporting a horseshoe stash, Tigner is well-disguised as a grocery store manager from Plano, Texas, going for a dry run at his “dream job in the vineyards.”

We learn that Tigner is a sympathetic figure, with a hard-luck upbringing and challenges at home—not the kind of arrogant CEO that viewers would too much relish seeing taken down a notch. Piqued by musical cues, the tears are brought on early and often—but to the show’s credit, it doesn’t romanticize wine country and doesn’t whiplash the viewer with the fast-cut, five-second confessionals typical of the genre. Ten seconds, minimum.

As “Jake,” Tigner is paired up with a series of employees who attempt to show him the ropes: an energetic young viticulturist; a potty-mouthed truck driver; a 20-year veteran who started at K-J the same week as Tigner; and a single mother who confides to Tigner, “Not having any benefits for my children, that does get to me.”

But who could help? True to format, both reckoning and reward are at hand. Tigner loses the mustache, doffs the hat, slips into a suit and reassumes his seat behind the executive desk. “You know who I am?” he asks the first hapless employee, with a smirk. Some will receive gifts; others have inspired company-wide changes; one will get a second chance.

Critics of the show have said that it confirms workplace norms of arbitrary power, in return for the cheap thrill of temporarily discomfiting the chief. But Kendall-Jackson had a different goal. Seeking to put a new face forward at a time when they were losing their paterfamilias—Jess Jackson passed away last April—the company approached reality TV with hesitation. For as much as most consumers may regard K-J as a supermarket ubiquity, it’s a family-run business, whose employees, from top down, constantly frame discussions around Jackson. Ultimately, he is their undercover boss, and he’ll always be watching them.

The Kendall-Jackson episode of Undercover Boss airs on Sunday, Jan. 29, on CBS. 8–9pm.