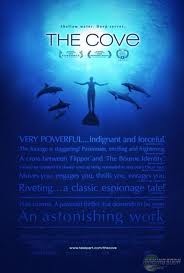 June 21: The Cove at the Smith Rafael Film Center

Readers of the Bohemian’s Green Zone column will recall the recent story of Schuyler Schwartz, who founded the Imagination Film Festival after watching a moving documentary about dolphin fishermen, ‘The Cove.’ The film screens this week in San Rafael, but it’s no regular showing: filmmakers Ric O’Barry and Louis Psihoyos will be on hand to discuss the plight of the dolphin population in Japan, and the Grateful Dead’s Bob Weir, who was similarly moved into action by the film, will perform a set of music. It’s all happening Tuesday, June 21, at the Smith Rafael Film Center. 1118 Fourth St., San Rafael. 7pm. $40. 415.454.1222.