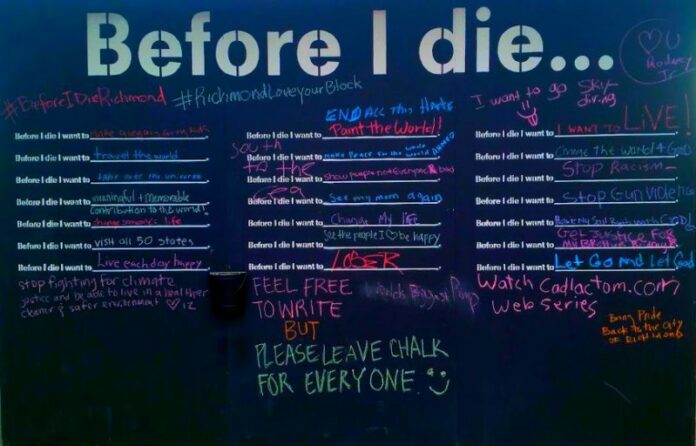 First conceived by New Orleans artist Candy Chang in 2011, ‘Before I Die’ is now a worldwide phenomenon. Simply put, it’s an interactive art project wherein a blank chalkboard wall is set up with the words “Before I Die . . .” written out as a prompt. From there, the public is invited to complete the sentiment with their own words. The effect of this project often triggers greater awareness and appreciation of life. Now the wall is coming to Sebastopol, spearheaded by a local group of volunteers as an outlet for expression and public inspiration. The North Bay’s Before I Die Community Project is unveiled in a ceremony on Sunday, June 19, in downtown square at Main Street and Bodega Highway, Sebastopol. 10am. Free. beforeidie.cc.

May 10: Ballet Zempoalxochitl at Jarvis Conservatory