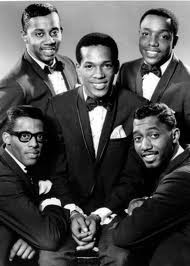 July 1-5: The Four Tops and the Temptations included in Marin County Fair lineup

Four all the times you’ve been tempted (puns intended!) to spend $50 to see the Four Tops and the Temptations, or surviving members thereof, count yourself lucky to have resisted. The Marin County Fair once again comes through with free concerts on the lagoon, featuring the two Motown legends, who almost always tour together. The Four Tops and the Temptations play on Monday, July 5, while other headline entertainment includes “Hold On” hit makers Wilson Phillips (July 1) and Ramblin’ Jack Elliott and the Wailers (July 2). The hot-doggiest lineup, however, is the Del McCoury Band and the Preservation Hall Jazz Band, masters of two distinctly American music forms—bluegrass and Dixieland—on the Fourth of July. A giant, lengthy fireworks display caps each night of the fair because, by golly, Marin can afford it! Marin County Fairgrounds, Avenue of the Flags, San Rafael. All concerts (and rides!) free with $15 fair admission. 415.499.6800.