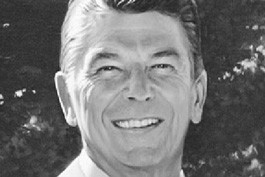 There’s a mind-numbingly long list of uncontested judicial offices on California’s Nov. 7 ballot. While it might seem odd to have so many positions with only one candidate each, that’s pretty much par for the course in a gubernatorial election year when voters are asked to say thumbs up or thumbs down to California’s new or continuing supreme and appellate court justices.

“We can get a lot of questions from voters,” says Debra Russotti, Sonoma County’s election services supervisor. “It’s confusing when there are all those names and no candidate statements.”

What exactly is going on?

The Courts of Appeal provide what’s considered an intermediate review, evaluating lower courts’ rulings to ensure the law was interpreted and applied consistently and uniformly. The state is split into six appellate districts. Most of these are broken down into divisions, each with one presiding justice and three or more associate justices. Appellate cases are heard before panels of three judges. The national salary survey pegs their income at $178,000 for presiding justices and $171,000 for associates.

That gives us seven well-paid Supreme Court positions with another 105 at the appellate level. All are considered nonpartisan, and voters don’t get to pick their favorites; they are merely asked to approve or disapprove a preselected appointee who is already serving on the bench.

Here’s how it works: First, the governor chooses potential candidates for any supreme or appellate vacancies. Those candidates’ backgrounds and qualifications are reviewed by the Judicial Nomination Evaluation Commission, which includes lawyers and members of the public. This commission’s evaluations are then sent back to the governor, who then officially nominates the candidates.

Those nominations are forwarded to the Commission on Judicial Appointments, which consists of California’s chief justice, attorney general and a senior presiding justice of the Courts of Appeal. After another public review of the candidates’ qualifications and experience, the commission either confirms or rejects the nominations.

If confirmed, the candidate becomes a justice and takes his or her seat in court. Each serves 12-year terms or, if replacing another justice, however many years are left in that judge’s term.

Every four years during a gubernatorial election, California voters are presented with a list of justices–those appointed to the bench within the past four years; those who have moved up a step within this judicial hierarchy; and any finishing their current term and want to serve another 12 years.

All of which is to explain why there are so many judicial names on the Nov. 7 ballot with voters asked only to mark “yes” or “no” to each one. Still not sure how to vote? One semiblind way to determine preference is to pay attention to which governor appointed the judge.

The exact appellate candidates listed on a specific ballot vary depending on the area. For example, there are 10 candidates in the 1st District, which has 20 justices in five divisions covering 12 counties: Alameda, Contra Costa, Del Norte, Humboldt, Lake, Marin, Mendocino, Napa, San Francisco, San Mateo, Solano and Sonoma. Voters in those counties will receive ballots with the names of all 10 1st District candidates.

State law prohibits printing explanatory candidates’ statements for these judicial elections in the official voters’ guides. However, detailed official biographies for both the supreme and appellate courts are online at www.courtinfo.ca.gov.

On Nov. 7, North Bay voters will be presented with a faceless list of justices up for approval; two at the Supreme Court level and 10 in the 1st District appellate courts. Here’s a quick overview of who’s who.

Associate Justice Carol A. Corrigan is a Stockton native who previously served as a district attorney and an associate justice at the appellate level. She was appointed to the Supreme Court by Gov. Schwarzenegger in December and confirmed last January.

Associate Justice Joyce L. Kennard, previously a deputy attorney general and Los Angeles Superior Court judge, was appointed by Gov. Deukmejian in April 1989 to fill a Supreme Court vacancy, and is wrapping up a 12-year term that began in 1994.

Specific to District 1, the following are on your ballot:

Associate Justice Paul R. Haerle: Appointed to the Courts of Appeal by Gov. Wilson in 1994; practiced law before and after serving as appointments secretary to Gov. Ronald Reagan, 1967-’69.

Associate Justice James A. Richman: Appointed to the appellate court by Gov. Schwarzenegger and confirmed in February; 10 years on Alameda County Superior Court; was a partner in an Alameda law.