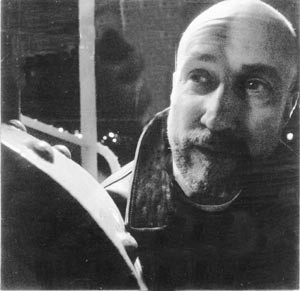 Funkified: John Scofield is one of the big three of contemporary jazz guitar greats.

HE’S HEARD IT all before. John Scofield draws a deep breath and patiently answers yet another inquiry about his role in the oft-maligned jazz fusion realm. “I come from a time when there wasn’t a generic way to play fusion,” explains the former Miles Davis sideman. “I always liked rock and blues and funk, and jazz was something I studied my whole life and wanted to get into. Before I knew it, I was in fusion bands. But I hadn’t learned to play by listening to those kinds of bands. So I came up with my own version of it.

“You know, I’m a bebopper who rocks.”

And who knows how to strut some decidedly soulful funk.

It’s easy to see why Cashbox magazine once hailed Scofield’s hazy blue guitar style–he’s considered, along with Pat Metheny and Bill Frisell, part of the holy trinity of contemporary jazz guitarists–as “the missing link between mainstream and fusion guitaring.”

This visionary with six steel strings–the most imitated jazz guitarist alive–continues to eschew musical clichés and avoid the pitfalls that plague less imaginative players, as is evident in on his brilliant interpretation of “Coral” on the newly released tribute CD As Long As You’re Living Yours: The Music of Keith Jarrett (RCA). That track reinforces Scofield’s reputation as a fine balladeer, a notion underscored by 1991’s lyrical waltz “Time on My Hands” and 1996’s mostly acoustic Quiet.

In fact, Scofield, 48, is a skillful jazz improviser who consistently displays a level of inventiveness that most can only dream about.

The new CD is the follow-up to the uneven 1997 Medeski, Martin, and Wood collaboration, A Go Go (Blue Note), which failed to gel musically. This time out, Scofield knew exactly what he wanted and how to get it. “I wanted to do a record of my tunes in the groove area, rather than straight-ahead jazz,” says Scofield. “I wanted even more of a funk feel than I’d gotten before.”

Although having a 12-year-old son and a college-age daughter helps him keep his ears open to new sounds, it’s his own philosophical flexibility and musical agility that enable him to move from a session like Bump to an upcoming recording with drummer Billy Higgins, post-bop saxophonist Kenny Garrett, bassist Christian McBride, and pianist Brad Mehdau. Or to jam with Southern rockers Govt. Mule. Or to sit in with ex-Meters bassist George Porter Jr., drummer Zigaboo Modeliste, and the Dirty Dozen Brass Band horns.

“I guess I’ve had a pretty good look at some really great players,” Scofield says. “The soulfulness of your music goes up when you play with musicians at that level. It’s what makes jazz more real, more spiritual, and more of a celebration. They bring out what I thought jazz was all about to begin with–this great spontaneity where the whole becomes greater than the sum of the parts.

OF COURSE, Scofield has had plenty of time to learn from the masters. The Ohio-born and Connecticut-bred guitarist has recorded or toured with such jazz giants as Kansas City pianist and bandleader Jay McShann, the late Charles Mingus (3 or 4 Shades of Blue), drummer and bandleader Billy Cobham (Life and Times, Funky Thide of Things), and, from 1982 to 1985, Miles Davis (Decoy, Star People, You’re under Arrest, Siesta).

“A lot of those guys were my favorite musicians when I was growing up,” Scofield explains. “You know, I just loved their records as a kid. And to play with them and observe them just humanized the music and made me see that it’s possible to do various things with music, achieve certain sounds.

“And it just made me stronger.”

As a prolific solo artist, Scofield has steered clear of the fastest-gun syndrome that has infected the fusion genre. “Yeah, well . . . ah, there are a lot of people who have rejected that,” he says, shrugging off the notion that he is a reluctant guitar hero.

“For me, it was never really much of a question. I like pure music, and all the people I admire do not rely on histrionics, although I do like Chuck Berry,” he adds with a laugh. “But the whole heavy-metal mentality never got to me at all.”

Instead, it’s “the honesty of the statement” that matters most.

“I’m just a guy playing a real story,” he concludes. “It’s so hard to play music, and there is so much involved that anybody who takes the time to showboat is almost ruled out in my book because I know how much it takes just to play.

“As soon as it becomes like show business, it becomes less interesting. One of the good things about jazz is that it’s not Hollywood–and that’s why I like it.”