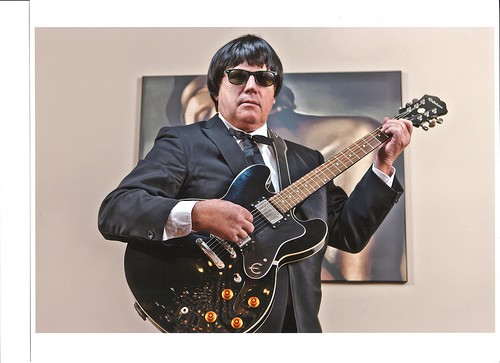 Country-Western singer Wiley Ray was a big Roy Orbison fan, but he never thought of pursuing a tribute career to the famed “Pretty Woman” crooner. That was, until Wiley stunned a crowd at a karaoke bar with a rendition of Orbison’s biggest hit, and was encouraged to go the next step. Wiley brings the beautiful rockabilly and memorable country tunes to a new generation of fans with his fully realized stage show, Roy Orbison Returns. Complete with costumes and a set list of hits, Wiley and company explore Orbison’s 30-plus year career and the lasting effect the late songwriter has had on music history. You’ll swear Roy Orbison has returned on Saturday, Jan. 17, at the Uptown Theatre, 1350 Third St., Napa. 8pm. $25–$45. 707.259.0123.