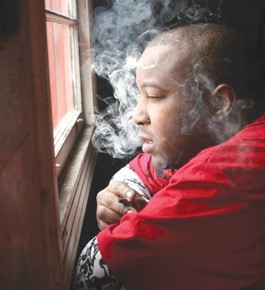 For the Jacka, the underground hip-hop scene is a thriving, fertile ground, what with collaborations with Andre Nickatina and former Roc-A-Fella rapper Freeway on tracks like “My Middle Name Is Crime” and “They Don’t Know.” Yet mainstream success hasn’t eluded the Bay Area rapper, either. In 1999, Jacka got his start as part of the six-man hip-hop collective Mob Figaz, whose self-titled debut album reached No. 63 on Billboard‘s Top R&B chart. Two albums later, in 2003, the group’s collaborative process took a dive, but Jacka remained close to at least one fellow group mate, the Husalah. Both lyricists are set to perform on Dec. 18 at the Phoenix Theater.

Following the footsteps of E-40, Too $hort and Master P, the Jacka runs his own independent record label, Artist Records. According to Jacka, mainstream hip-hop has been losing ground to the underground through a trickle of rappers fed up with the music industry and thriving on the unsigned scene. In an interview with HipHopDX, he says, “There’s so much politics with signing. . . . I know a lot of dudes that have major record deals, and it seems like if they haven’t been in the game for a long time, these dudes hardly ever get paid.”

In the case of Husalah, it’s less about the bills and more about the skills. On E-40’s highly addictive track “Lightweight Jammin’,” Husalah turns in a guest verse over an excruciatingly catchy hook coupled with a flamboyant beat, audaciously dancing in an over-the-top lyrical fashion, rapping in trademark lingo like “Slap tremendo / Knock ridiggly.” With Husalah, underground hip-hop seems to be in some safe hands—even if those hands are holding an undisclosed beverage.