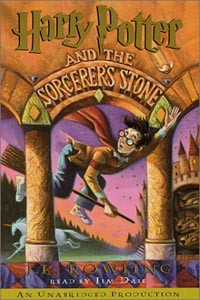 A whimsical fantasy turns kids into something shocking–eager readers

TO DOMINIC, an energetic eighth-grader at Anderson Valley Junior High School, playing sports has always been his first priority: soccer, basketball, you name it. It’s understandable, then, with his after-school hours so jam-packed with athletic activities, that there’s never been much time left over for other, less physical pursuits. Reading books, for example.

“I never used to read,” says Dominic. “There was just no time.”

Then along came Harry Potter, wizard in training.

With a mighty wave of his magic wand, the fictional hero of J .K. Rowling’s best-selling book series cast a kind of spell over Dominic–and an entire generation of kids–a spell that’s turned scores of former non-readers into dedicated book-sponges.

“Now I make sure I have time to read at night,” says Dominic, who is halfway through Harry Potter and the Prisoner of Azkaban, the third book in the series that began with Harry Potter and the Sorcerer’s Stone. “They are by far the best books I’ve ever read,” he says. “For the first time, my parents have to tell me stop reading because it’s too late.”

Young Harry Potter, that resourceful orphan boy with the noticeable lightning-shaped scar on his forehead and a knack for making “unexpected things” happen, has evolved from being a word-of-mouth favorite into a certified international phenomenon. His creator, Edinburgh-based Rowling (who makes a sold-out appearance in Santa Rosa on Oct. 29), wrote the first book while she was a single mom struggling to make ends meet.

When the third book was released last month, bookstores around the country reported first-day lines of Potter-philes that wrapped around the block. Many of those eager young readers finished the book by lights-out that very same day.

Here’s the remarkable thing: many of these kids admit that, normally, they pretty much avoid reading. Yet there they were, hiding beneath their covers until they’d absorbed the last exciting word on the very last page. Time magazine, which ran a cover story on the books that week, canonized Harry Potter as the biggest thing to hit reluctant readers since teachers stopped using corporal punishment.

“”I cannot say I’ve ever seen anything like it,” exclaims Linda Chemos, children’s library assistant in Petaluma, where the latest Harry Potter has a waiting list of over 50 names. “Children are wild about this book.”

It seems everyone’s wild about Harry–and his biggest fans are the librarians and booksellers whose workplaces have been turned upside down by all the extra foot traffic.

“It’s a very good question, and I think it’s one that needs to be answered by each individual child,” says Patty Lewis, children’s library coordinator of Sonoma County. That said, she insists that the Harry Potter phenomenon has begun to expand beyond those specific books, much the way a blockbuster movie like Titanic or The Phantom Menace often creates an appetite for other films at the same time.

“We’re seeing many children, kids who’ve never been big readers,” says Lewis, “who are coming into the libraries and the bookstores and saying, ‘I’ve just finished all the Harry Potter books. What else have you got that’s like that?’ It’s true. It’s amazing!”

“I’ve definitely seen proof of that,” says Emma McMacken, a bookseller at Readers’ Books in Sonoma. “Parents will bring their kids into the store looking for guidance now that their kids have suddenly developed an actual interest in reading.” She is pleased to tell them that there are plenty of good books where Harry Potter came from.

“Harry Potter’s been a very good thing,” she says.

Indeed. So the next question is, How can we capitalize on the mania, ensuring that these fresh converts don’t experience any cooling of their newly kindled literary fires? To that end, some bookstores and libraries have set up displays featuring other fantasy-themed books, with signs proclaiming, “If you liked Harry, you’ll love these!” Librarians are passing out lists of books that Potter fans might enjoy while waiting for Rowling to finish the fourth book. Teachers are pressing The Lord of the Rings and the Narnia Chronicles into the same hands that just recently held Harry Potter books. (For a few other ideas, see the sidebar on this page.)

It seems to be working.

Elizabeth Overmyer, the children’s librarian at Berkeley City Library, says, “Four weeks ago we put together a list called ‘Waiting for Harry Potter,’ along with a big display with stacks of suggested books, mostly from other fantasy series.”

It was an instant success.

“Now we’re having a hard time keeping books in the display,” she sighs, happily. “The books are all being checked out. It’s marvelous. The Potter books have given the whole culture permission to enjoy this cracking good yarn,” says Overmyer, “and whether you’re in the third grade or the eighth grade, you can tell a librarian that you like Harry Potter–and you don’t have to whisper it. You can acknowledge it in front of your peers.”

Not that every kid will be lured into reading by Harry’s magic wand and derring-do.

“I don’t like fairy tales and magic books,’ says Brittany, of Anderson Valley Junior High. “But we gave the books to my little cousin, who always hated reading. Now she won’t stop. She reads all the time.”

“There’s an old saying that librarians have,” Lewis says. “‘The right book for the right child at the right time.’ If you put those three elements together, you just might click on that reading light, and hopefully it will stay lit for a lifetime.”

From the October 28-November 3, 1999 issue of the Sonoma County Independent.