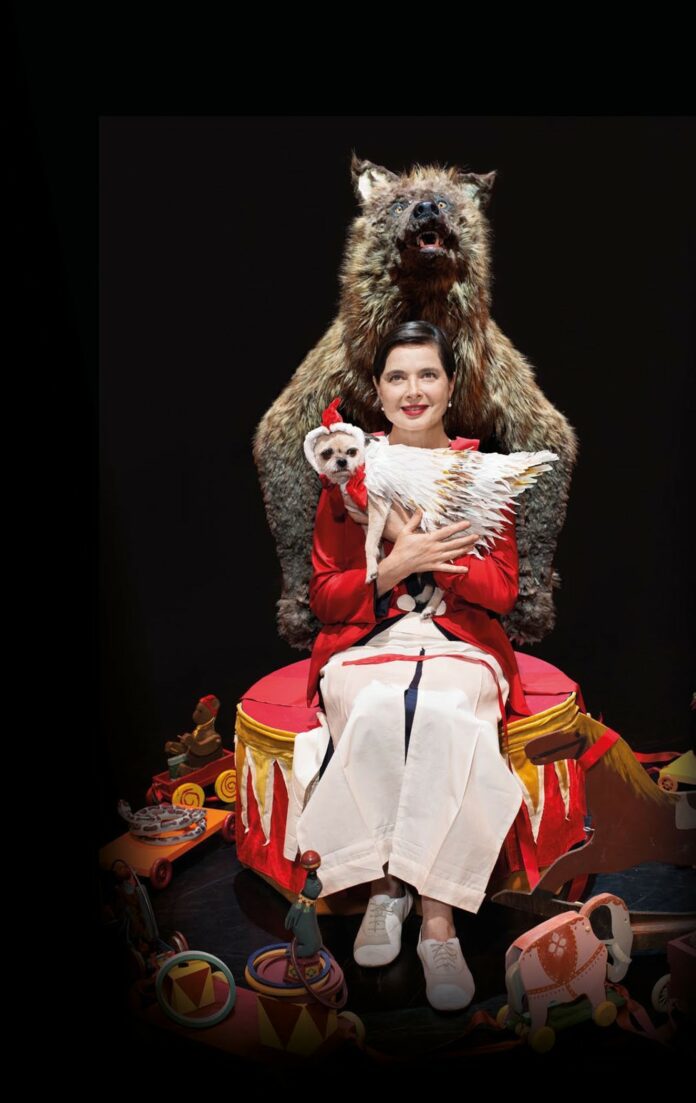 Isabella Rossellini Brings the Circus to Sonoma on Feb. 8

Actress and filmmaker Isabella Rossellini is known for her fearless and peerless performances on screen and stage. Lately, her off-screen interest in animals and wildlife conservation has made its way into her work, and this weekend Rossellini is in the North Bay with a new live show, Link Link Circus, that blends lecture, puppetry, performance and film for a funny and insightful show starring herself and her dog Pan that’s about the connection between animals and humans on Saturday, Feb. 8, at Sebastiani Theatre, 476 First St. E., Sonoma. 7pm doors, 8pm show. $45. 707.996.9756.