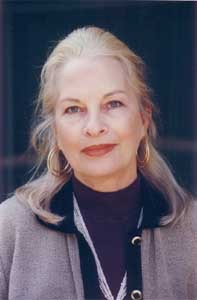 Moving in the Spirit

Talk about a women’s movement. In her 2000 book Sacred Woman, Sacred Dance, Petaluma author Iris Stewart masterfully chronicled the history of sacred dancing and its connection to women of all religions throughout the ages. The book struck a deep chord, resonating with women hungry to express their own spirituality in a way that connected to who they are as women. In the book, Stewart described an undeniably growing sacred dance renaissance, and predicted the continued rebirth of modern sacred dance and its spread throughout the country and the world.

Today, her book is as popular as ever, and the phenomenon of sacred dance is, as predicted, establishing ever stronger footholds–pardon the pun–in community centers and yoga classes, in dance studios and public parks (see sidebar), even within the very same churches and hallowed halls that once would have banned sacred dancing and burned the practitioners.

“They’re dancing in all the churches now,” Stewart says with a look of delighted, wide-eyed wonder and pride. “Methodists, Catholics, Protestants–they’re all dancing!”

Well, perhaps not all of them, but enough to create a sizable shock wave on the cultural-spiritual Richter scale. It’s undeniable: Though sacred dance has technically always been around, it’s suddenly around in a very big way.

Sacred dance, simply put, is dance as a form of prayer, a form of connecting with the rhythms of the Creator–or Creators or whatever and whomever you embrace as a higher power–and to creatively encourage the integration of mind, body, and spirit. In literature from the Sacred Dance Guild–actually founded in prehippie, pre-New Age 1958–dance is described as a “language of faith and celebration.”

A self-described “refugee from the Southern Baptist Church,” Stewart abandoned spirituality at the age of 16, a response to Christianity’s condescending attitude toward her as a woman. For years, she believed in nothing beyond her own mind and her emerging feminist principles. Stewart’s spiritual healing, if that’s the right term, came about in the late 1980s, when, more or less on a lark, she enrolled in a belly-dancing class.

“I was having chronic fatigue syndrome,” she explains, “and I noticed that when I went to dance class, I came out feeling better–not depressed, not tired.” The second major influential event was one of those classic out-of-body experiences, one that occurred, predictably enough, while she was dancing.

“It was many years after I’d started dancing, and I was performing in an old church that had been turned into a cultural center,” Stewart says. “I was doing a veiled dance to Ravel’s Bolero. I was doing choreography that I’d done many times, the audience was there watching, but this time it was different. This time I just felt myself kind of floating up to the ceiling. I thought, ‘Oh, this is nice. I’d like to stay up here.'”

In the introduction to her book, Stewart describes the moment as one of profoundly spiritual peace, writing, “I didn’t know what was happening. I just knew I wanted to stay with the sensation I was experiencing. Of course, that was impossible, but I began to be able to call on that sense of peace more and more often on my journey to healing.”

Eager to learn more about what had happened, Stewart hit the books, quickly discovering countless tales of people who’d had intensely spiritual experiences while engaged in the act of dance. All of that led Iris Stewart to literally write the book on sacred dance.

She wasn’t the first, of course. Gabrielle Roth, a pioneer of the modern sacred-dance resurgence, has written extensively on the subject and produced numerous CDs of sacred-dance music. What Stewart brought was intellectual heft and anthropological oomph, producing a vigorously researched book that resembles a textbook, but makes you want to move your body while you read.

Since the publication of Sacred Woman, Sacred Dance, Stewart has become one of the country’s most sought-after lecturers on the subject of women and dance. Through her website (www.sacreddance.com), she’s reached a legion of sacred dancers from all four corners of the planet. “I hear from people from all over the world,” she says. “From England, Belgium, Brazil, and Japan. It’s just an amazing phenomenon.”

Stewart believes that there is a direct correlation between the recent reintroduction of dance into the practice of certain mainstream Christian churches and the fact that more women are being ordained and put into leadership positions within the previously all-male clergy. If it’s true that male clergy seldom recognized the value of dance as a spiritual practice and that it is the female church leaders who are now slipping the practice of sacred dance back before the altar, it would lead one to assume that women share an intimate connection to dance that men don’t–or can’t–have.

Stewart is careful not to draw so bold a distinction between men and women.

“I do think there is a strong spiritual connection between women and dance,” she says, “but there are men who are involved in sacred dance in the churches now. And certainly, men do need it. Sacred dance is a human experience. Men and women both can know the power of it.”

That said, the book makes a strong case for the notion that throughout history and across the globe, sacred dance has been a practice uniquely honored and passed down by women.

Good enough. But what exactly is sacred dance, and how does it work?

“For people who don’t understand sacred dance,” Stewart says, “for those who haven’t experienced it, I describe it as an easy high.

Dances of Universal Peace–The second and fourth Saturdays of the month at 7:15pm at the United Methodist Church in Sebastopol, corner of Healdsburg Avenue and High School Road. Check the website at http://sufisonoma.org

Gabrielle Roth’s ‘Sweat Your Prayers’–Takes place at two locations: the Sebastopol Community Center Youth Annex, the third Friday of the month, and in Mill Valley at the Moving Center, also on the third Friday of the month. For questions about the Sonoma County class, call Leslie King at 707.823.3963; call the Moving Center in Mill Valley at 415.288.0431.

The Planetary Dance with Anna Halprin–An all-day event–taking place concurrently at various spots around the globe–the North Bay’s Planetary Dance, with dance-alchemy legend Anna Halprin, will make its mighty magic on Mt. Tamalpais in Mill Valley on May 4. The free event is open to all. Call 415.461.5362 or check the website at www.annahalprin.org.

West Coast Circle Dance Camp–Takes place June 25-29 in the High Sierras. Call John Bear at 510.528.4253 or check the websites at www.farhorizons.org and http://circledance.tripod.com/info.

Sacred Dance Guild Festival–July 17-22 at Scripps College in Claremont, Calif. The annual festival–this year titled “Paths of Radiance”–features a week of classes and workshops devoted to the art or sacred dance. Check the website at www.sacreddanceguild.org.