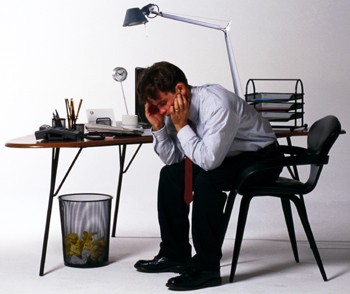 Money Trap: The burden of paying back college debt can last a lifetime–or at least seem that way.

Debt from college loans is bigger than ever

Nowadays, students graduating college face more than just a tight job market. Six months out of school, their student loans suddenly descend on them like a yoke. Though the four years the students reveled in free money flew by, the next 15 to 20 years they spend paying those loans off are likely to move at a snail’s pace.

In the last 10 years, student debt has tripled in the United States, according to a study by student-loan company Nellie Mae. The average student has $27,900 in student loans and $2,740 in credit card debt. Such a large burden makes starting out harder. Student loans even cause some borrowers to put off buying a house and others to think twice before going on to higher education and accruing more debt.

But the oddest part about it is that students seem resigned to their fate as debtors.

“The study shows a comfort level with the culture of credit that arose in the 1990s,” says Marie O’Malley, vice president of marketing at Nellie Mae. “People are OK with the fact of borrowing now.”

The average American holds multiple credit cards and owes thousands. It has become a way of life, and young people who grew up in this environment are more comfortable with debt, according to Sonoma State University economics professor Robert Eyler.

“To a certain extent, when you grow up seeing credit cards used left and right, it makes it easier to borrow when you grow up,” he says. “And the U.S. bankruptcy laws make it easy to get bailed out of bad decision making.”

According to the study, the total average student debt is $27,900, but the average undergrad is carrying $18,900 and the average grad student is carrying $31,700. On top of that, approximately 27 percent of students use credit cards to help pay for their education, if only for incidentals like books or copying fees.

“Credit cards are not the smartest way to go,” says O’Malley. “Student loans are cheaper and allow more flexibility in repayment.”

Loan companies have become more aggressive, so the the default rate on student loans is low. Some companies will send student accounts to credit agencies as soon as the first payment is late.

Of the students surveyed by Nellie Mae, 60 percent say their student loans are well worth the education they received. But at the same time, 55 percent of borrowers feel burdened by their loans and 60 percent found paying back loans harder than they originally thought. The average person pays $261 a month in student loan payments.

Students are borrowing more for several reasons. For one thing, the cost of education has risen faster than income levels. Even if parents put aside a college fund, they probably didn’t anticipate the increase in college fees, which leads to borrowing.

On top of that, there are more loans available and fewer grants and scholarships.

“As the cost of education continues to rise, students will have to borrow more and more,” says Kristin Shear, director of Student Financial Services at Santa Rosa Junior College. “The national trend is that the loan slice of the college-fund pie chart is getting larger and the grant and scholarship slice is getting smaller.”

At SRJC the number of student borrowers has dropped. In 1998, 867 students took out loans compared to 613 last year. The decrease is because SRJC has a generous scholarship program that is accessible to the majority
of students.

Sonoma State, on the other hand, has seen an increase in borrowing in the last few years, according to financial aid director Susan Gutierrez.

“There are more loans available and fewer grants,” she says. “Those factors, combined with the high cost of living, means fewer Sonoma County students are getting by without borrowing these days.”