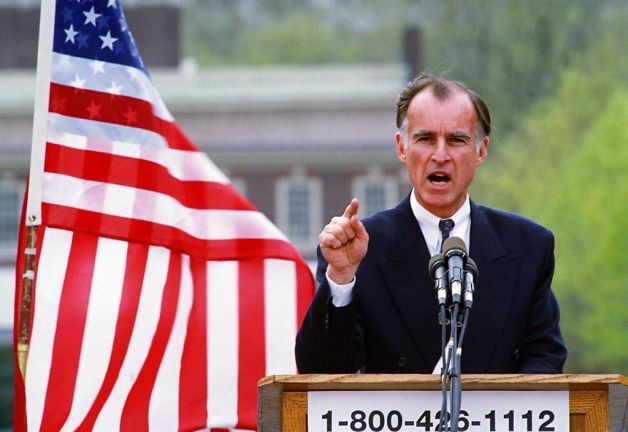 I worked at the Albany, New York alternative weekly, fresh out of college in the late eighties, when Mario Cuomo was governor and capital punishment was the political cage-match of the era (endless budget standoffs were second on the card). Cuomo, who died on New Year’s Day, prevailed in a 12-year battle with state Republicans over the death penalty.

Cuomo is beloved for this, and rightly so. .

And yet there was a Cuomo mantra around the Metroland office back then. It came in the form of a hard fact, and it confronted my idealism and whatever rosy-eyed view of liberalism I’d come to hold at that point, which was minimal at best. I was trending anarcho-hothead, even then. But the fact is:

Mario Cuomo built more prison cells than any other governor in state history.

He’s said it himself, and the New York Times noted it in their obituary on the three-term governor this week.

Cuomo was loved; he kept the hangman at the door, with soaring rhetoric and logic.

He also helped to condemn, especially, a generation of young black men—along the way to the fortification of our growing prison-industrial complex.

Yet the biggest buzz in Albany those days was always about whether Cuomo would run for president. The signs were everywhere you looked or wanted to: The big 1984 Democratic National Convention speech, mystery trips to Japan, ruminations on foreign affairs, Lofty Thoughts on America and Spirituality, money at the door with the donor smiles.

Cuomo never ran, the Democrats got their Dukakis kicked in 1988, and there then emerged the triangulation Democrats with a pro-death penalty Clinton as beaming avatar of the new way.

Those were the days, Arsenio. I always thought, from afar and in the cold Albany night, a young man with dreams, and, perhaps, visions—that Jerry Brown was the far preferable West Coast bookend to our lord and liberal Cuomo of the East. Brown was the Zen Hipster governor hanging out with Jerry Garcia, where the Catholic Cuomo would just go on and on about St. Francis of Assisi. I’ve since come to appreciate my saints and all, but back then…

When he ran in 1992, it seemed Brown was last man Left to carry the soaring Cuomo trumpet on capital punishment—but now played through a didgeridoo less and less pleasing to queasy-on-crime voters. Then Bill Clinton with that infernally callow saxophone of his, and it was all over. Pass the pentobarbital, mama, I’m comin’ home.

As governor this time around, Brown’s solution to his major prison problem—too many prisoners—has been to send the non-violent overflow downstream to the county lockups. And he’s had the flexibility, unlike Mario Cuomo in his day, to undo some of the harsh sentencing laws that drive the numbers and feed the prison-industrial beast.

There’s a moratorium on the death penalty in California, and has been since 2006, owing to a very cruel and unusual problem with the lethal concoction used in most modern executions around the country. Yet despite his historical opposition, at last glance Gov. Brown was still working to get the state’s execution protocols into “constitutional” compliance. C’mon, man.

New York finally got its death penalty after George Pataki beat Cuomo in 1994 and pushed a bill through the legislature. It was on the books for about a decade, nobody ever got executed, and here’s some details about how it went down, from the Death Penalty Information Center.

“In 2004, that statute was declared unconstitutional by the New York Court of Appeals, and in 2007 the last remaining death sentence was reduced to life, leaving New York with a vacant death row and no viable death penalty laws. In 2008 Governor David Paterson issued an executive order requiring the removal of all execution equipment from state facilities.”

Gov. Brown could start with the executive order if he wants to honor the old commitments and kinships.