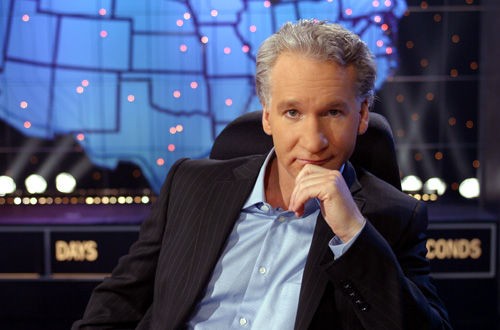 As if in a stroke of comedic genius, Bill Maher performs at the shiny, brand-spanking new Green Music Center on Oct. 20. You know Bill Maher: the extremist-liberal and capitalism-skeptic who hosts the politically and comically fueled television show Real Time with Bill Maher. He has been doing standup comedy for more than 30 years, with most of his cause for fodder being politics, religion, bureaucracies and mass media. And if you are a local, you also know the Green Music Center, a building project at Sonoma State University that turned the simple idea of a music recital hall into what is now being deemed a world-class venue.

Controversy surrounds both the center and Maher. Both institutions have left people angry, but ironically for very different reasons. Maher has been to known to spout his far-left gospel to anyone and everyone, stepping on toes as he goes, while the Green Music Center has been funded largely by Sandy Weill—the ex-Citigroup CEO and Glass-Steagall buster extraordinaire named one of the “25 People to Blame for the Financial Crisis” by Time magazine. They’re certainly playing for different teams, but the real kicker is that Maher will be performing in the aptly named “Weill Hall.” Let the hand biting commence!

I mean, how can Maher not make jokes about the venue, the man who helped fund it, or even about the newest and possibly most outrageous development: that MasterCard will sponsor an outside pavilion at the center—a deal hand-crafted by Weill himself? With cost estimates rising from $48 million to over $120 million, the project has turned into a hydra of sorts, and while this hydra is beautiful and prestigious, it has, to quite a sizable number of critics, degraded the reputation of the university.

To ignore the juxtaposed hilarity of it all would not be Maher’s style, so I’m sure that attendees will be met with an onslaught of fantastical big bank slams and capitalistic teardowns. Oh! And there is next to no doubt that Maher will broach the subject of Weill’s Glass-Steagall flip flop. You just can’t make this stuff up!

Next ArticleNew Plays in Ashland