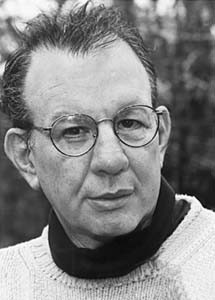 Homegrown is in local theaters.

AS OLD BOB DYLAN once observed, “The times, they are a-changin’.” Consider the case of Sonoma State University communications professor Jonah Raskin and the new film Homegrown. When the former minister of education for the radical ’60s Yippies first visited Hollywood in 1980, he was seen, perhaps understandably so, as a gifted but misguided radical, moviewise. His undeniably intriguing pitch–to do a comedic remake of Treasure of the Sierra Madre, significantly retooled by Raskin to now take place inside the vast and secretive marijuana fields of Northern California–was met with a mixed reaction.

No one denied the intrinsic whimsy of the idea itself. Raskin’s tale of hapless pot cultivators fighting the elements, the feds–and each other–while attempting to bring the greens in on time, was a darn good read and would probably make a good film. But to put that up there on the screen for impressionable youths to see? The studios just had to say no.

“‘There will be protests!’ they warned me,” recalls Raskin, with an ever-so-slight smile appearing across his face. “‘There will be angry parents. It’s too much trouble.’ So everyone was nervous about it to begin with.” It was not the drug aspects of the story that scared the suits so much as Raskin’s morally ambiguous viewpoint–and the film’s audacious, everybody-must-get-stoned conclusion.

“The growers don’t get punished,” Raskin reveals. “That was a problem. But then, they don’t profit, either.”

“What’s so funny about it,” observes Raskin, “is that the movie is being directly marketed, at least somewhat, to 16- to 23-year-old pot smokers. Demographically, that’s a pretty huge market.” Indeed. The movie’s advertising displays Zig Zag-like art, with the slogan “Millionaires today. Fugitives tomorrow. Buds forever” and the kicky tagline “Homegrown: the comedy that goes to your head.”

“I suppose,” Raskin ponders, “that with the medical marijuana issue being in the mainstream now, with [similar] initiatives on the ballot in several states, and with cannabis buyers’ clubs sprouting up all over, they felt there was no reason to soft-peddle the fact that this is a movie about pot.

“It’s interesting to see the shift in attitude,” he adds.

Raskin has observed many shifts in attitude since the roiling broiling days of the ’60s, when he and fellow radical/social critic Abbie Hoffman engineered countless political “publicity” stunts, all intended to hurry along the hoped-for revolution against archaic moral oppression and governmental injustice. Hoffman recognized that the media–television, radio, books, records, and even movies–were a powerful tool that had been used by the powers-that-be to boost militarism and consumer greed, and could be used by the political left to poke holes in the posturing of the right. Though some will glibly insist that the revolution never came, it can be argued that it is still under way, making slow methodical progress step by step, book by book–and film by film.

Raskin has examined this shift in national consciousness in his autobiography, Out of the Whale (Links, 1974)–itself to become a film soon–and the recent, well-received biography For The Hell of It: The Life and Times of Abbie Hoffman (University of California Press, 1997). His popular college classes include an examination of film noir and an in-depth exploration of groundbreaking films from the ’60s and ’70s.

When it comes to Homegrown, Raskin’s enthusiasm seems personal rather than political. If there is any subversive social agenda at work here, it is buried beneath an unabashed artistic pride–and a palpable sense of relief–that he displays when questioned about the film.

“I feel a lot of excitement,” he acknowledges. “It’s hard to believe it. There were times in the last–how many years has it been? 20 years?–that I didn’t believe this would ever really happen. I also feel some trepidation.

“I haven’t even seen the finished product yet,” he confesses with a nervous grin. “I’ll be seeing it with some friends on opening night. It will be hard to just sit back and watch it, since I know the story so well. I know what I’ve hoped it would be.”

“I call it my movie,” he ponders, “because the idea started with me. But I know that it’s really not mine anymore. It was my story, but other people wrote the script, the director [Steve Gyllenhaal] contributed his own ideas, the actors brought their own things to it. It was a very collaborative process, so there are a lot of other voices in the story now.”

But Raskin isn’t complaining. “It was great!” he continues. “Collaboration is fantastic! I loved it. Billy Bob Thornton sat down with me when I got there and told me all about the background of Jack, his character in the movie. I’d never thought much about where Jack’s roots were, and here was Billy Bob, saying, ‘He comes from a poor family in Arkansas, and his family never finished anything. They started building a house, but they never finished it. Nothing they started ever panned out. So his whole motivation is to bring this crop in. To finish something for the first time in his life.'”

Similar backstories were developed by other actors, including a long-faded love affair between Thornton and Jamie Lee Curtis, who plays the spiritual leader of the tiny rural community to which the pot growers belong.

“It was a good experience,” Raskin summarizes. “I was treated with respect by the actors. They appreciated working on a story that was different.”

With a reluctant shrug, Raskin admits that there was some attention given to his radical past, to the very personal story that has taken him up to this curiously uncertain moment in history.

“I think I may have told a few Abbie Hoffman stories,” he grins.