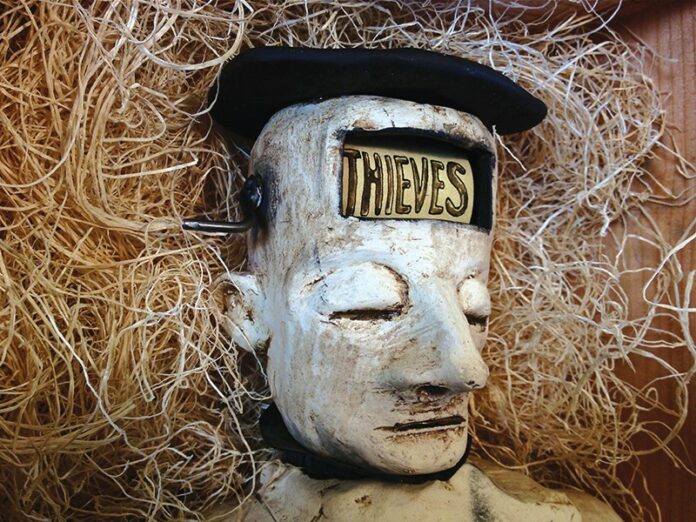 The parallels between the two intrigued Sonoma County artist Todd Barricklow so much that he started making what he calls GolemDrones, 37-inch clay sculptures that resemble marionettes.

“The myth concludes with the golem vanquishing the enemy,” he says, “but he also falls in love with a woman, becomes jealous, kills some of his own people, and eventually has to be stopped.”

Barricklow has been working for two years on the little beasties, which look like something from the Saw movie franchise rather than the Department of Defense. So far, 30 of the 100 planned GolemDrones have been completed. Barricklow had the idea in part to deter crime on his street, and “we have not had any recent bike thefts or auto break-ins since I made the GolemDrone of thieves,” he says.

When the United States “lost” a drone and the Iranian government claimed to have stolen it, Barricklow thought immediately of the Jewish myth. “I began rethinking the promise of the drones,” he says ominously. “They are unstoppable, they are defense-only and could never be used against us.” See the GolemDrones Aug. 3–31 at Gallery 300. 300 South A St., Santa Rosa. Opening reception, Aug. 3, 6–9pm. 707.332.1212.