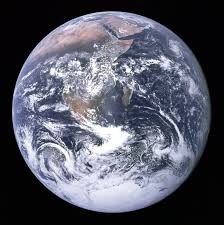 As mayor of St. Helena, my job is to safeguard the health, welfare and safety of our community. At a recent NPR forum in Napa I was stunned to hear the CEO of the Napa County Farm Bureau dismiss concerns that local agricultural activity can impact climate change as he claimed no science supported such concerns.

Wow. Is he really under the impression that climate change science stops at the Napa County line or Napa County practices have no relationship to the global issue? What happened to “Think Globally, Act Locally”? Isn’t that why we promote reusable water containers and ban single use plastic bags? Isn’t that why we explore alternative fuel vehicles? Is farming in Napa County somehow exempt from this logic?

Basic science and common sense demonstrate it is the cumulative impact of “local” activity in the global aggregate that propel us toward climate crises. What if everyone around the globe suggested the problem existed only outside their region?

Established science is clear that deforestation is a major contributor to climate change by disrupting carbon sequestration. Deforestation also diminishes conversion of carbon dioxide into oxygen we need to breathe. Logic, common sense and science are basic that if deforestation in Indonesia and the Amazon contribute to global warming, so does deforestation in Napa County.

At this same meeting I raised concerns that agricultural activity in water source areas in the hills above our municipal reservoirs can impact water quality (and quantity) in those reservoirs. Again the Farm Bureau’s CEO dismissed the concerns as lacking science. In this case the science is simple: It’s called gravity.

Water flows downhill and anything getting into water above our reservoirs such as pesticides and fertilizers can enter the reservoirs, drinking water and bodies of our community. Science of hydrology also exposes potential of public waters above reservoirs being diverted to private entities, creating large scale economic concerns.

I Invite the Farm Bureau to join me and the municipal governments of Napa County in our joint proclamation recognizing the need of urgent action related to climate concerns.

Geoff Ellsworth is the mayor of St. Helena