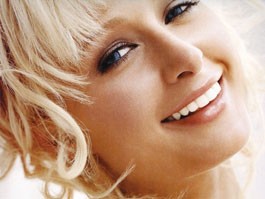 Have We No Shame?

Combining technology, exhibitionism, populism, fame, DIY ethos and the possibility of a quick buck, the celebrity sex tape celebrates everything we celebrate; it’s the signature art form of the age. It also solves porn’s greatest challenge in an age of visual ubiquity: how to retain an aura of illicitness.

Throughout the 20th century, even as photographs, films and video proliferated, various constraints limited the amount of imagery available to us. In the world of old media, devoting 70 editorial pages to, say, celebrity nose-picking photos, was an extravagance not even the National Enquirer could afford. Compiling gruesome galleries of headless motorists, armless torture victims and kittens becoming lunch was not considered a particularly noble way to inform the public or attract department-store advertisers. Economics and taste kept us optically innocent.

For now, lesser-known exhibitionists have little to worry about. The stigma attached to celebrity sex tapes remains mystifyingly, comically strong. Paris Hilton, no one’s idea of a blushing wallflower, claims that the distribution of her sex tape “humiliated” her. Kim Kardashian says her sex tape “devastated” her and caused her stepdad, Bruce Jenner (whose enthusiastic participation in the reality series I’m a Celebrity . . . Get Me Out of Here! would seemingly qualify him as impossible to embarrass), to stop talking to her for three weeks.

Even O.J. Simpson, for whom any visual evidence of amicable relations with women should be considered a plus, considers the celebrity sex tape morally repugnant. “This tape is garbage, and we can prove it,” his lawyer exclaimed in 2006 when a video purporting to depict the former football great with two women was released. “O.J. wouldn’t do anything like this.”