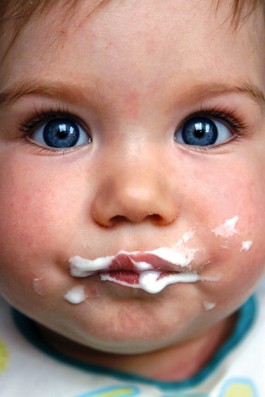 Years ago, I watched well-meaning friends start out trying to feed their kids healthy food only to see them crumble in the face of tantrums and hunger strikes. In the end, they gave in and served the foods of least resistance: macaroni and cheese, quesadillas and dinosaur-shaped chicken nuggets from Costco. When I had kids, I told myself it would be different.

I would make home-cooked meals and expose them to a variety of cuisines and cultures. Twinkies and soda pop would never be welcome in my kitchen. My kids would eat what my wife and I ate, and if they didn’t like it, too bad. They’d get another chance to eat at the next meal.

So when my son was born four years ago, I felt pretty smug when I took him out to his first restaurant, an Afghan place. True, he was only three months old and just drank his bottle, but somehow I expected that the experience of dining out in an exotic restaurant would predispose him to a lifetime of culinary adventure. For a while, my plan seemed to be working. I’d regale friends with lists of the foods he had eaten: raw oysters, asparagus, sardines, broccoli, guacamole. I was so proud. But then something happened.

My little gourmet started to become a food critic, criticizing everything I made for him. It wasn’t supposed to be this way. I tried to be firm and tell him that if he didn’t like his roasted Brussels sprouts or pad Thai, he would go hungry. But his pleas and whines proved too much, and I’d get up from the table and throw together a peanut butter and jelly sandwich or scrambled egg burrito. It got to the point where one day I had to admit that the only food he would reliably eat was mac ‘n’ cheese. I felt like a failure. Where did I go wrong?

In time, I plotted a new strategy. I would involve him in the preparation of meals to get him interested in more foods. I’d take him shopping to select the ingredients for our meals (while studiously avoiding the macaroni and cheese aisle), and I’d take the pressure off. If he didn’t want to eat, fine. If he did eat, I wouldn’t make a big deal about that either.

My new approach is working. Sort of. He still turns up his nose at a lot of foods and holds out for the starchy and cheesy stuff, but as I try to lower my expectations and anxiety about his diet, he seems to be relaxing about eating, too.

Last month The New York Times reported that parents who preach to their children about the dangers of high-fructose corn syrup and trans fats as they thrust organically grown vegetables at them may be doing more harm than good. The articles cites Lisa Dorfman, a registered dietitian and the director of sports nutrition and performance at the University of Miami, who says that she often sees children terrified of foods that are deemed “bad” by their parents.

“It’s almost a fear of dying, a fear of illness, like a delusional view of foods in general,” she’s quoted as saying. “I see kids whose parents have hypnotized them. I have five-year-olds who speak like 40-year-olds. They can’t eat an Oreo cookie without being concerned about trans fats.”

I don’t want to be like that. I want my son to enjoy food as much as I do, but more than that, I want him to decide for himself what he likes and dislikes. As long as he takes a few bites of veggies now and then, I’ll let him have the occasional bowl of mac ‘n’ cheese. That way we can both get more enjoyment out of sitting down to dinner together.