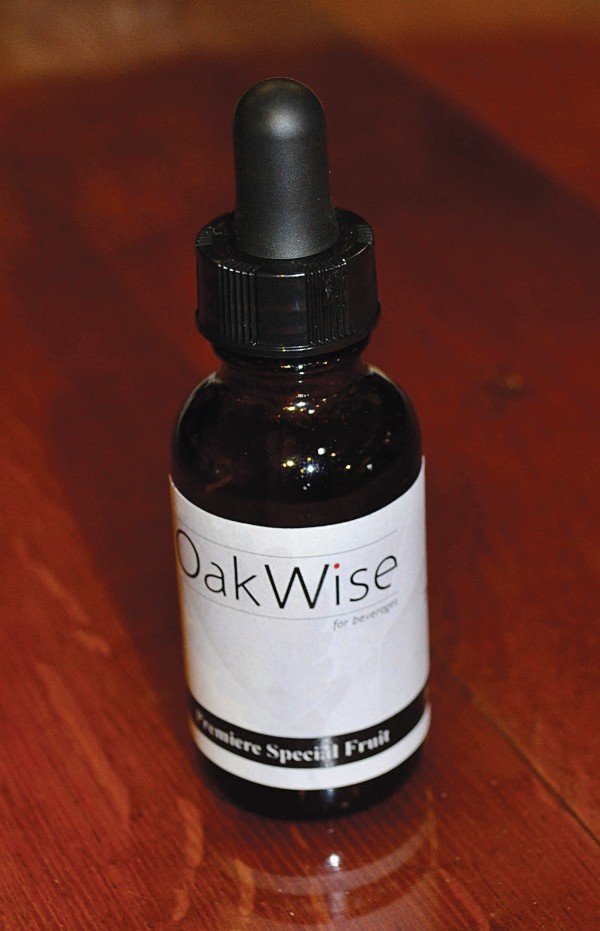 The secret to that smooth-finishing Cabernet

If you thought you could find harmony in a bottle, wouldn’t you pop that cork, just to see?

That’s what I did recently, not by drinking two or three bottles of wine, but by adding tiny amounts of concentrated, liquefied oak to that wine, one drop at a time. It’s made by companies such as BSG, OakWise and Laffort, who tout their products’ ability to soften mouthfeel and increase fruit aromatics in wine, even “recreate some of the characteristics of extended barrel storage, but in much less time.” I picked up a couple of samples offered by these companies at Wine Industry Network’s trade show at the Sonoma County Fairgrounds to set up my own taste test.

The conversation about wine and oak that we hear from wineries is mostly about French oak vs. American oak, or, rarely, about some particularly prized oak forest in France. It’s never about the wide range of products that they might use to tweak a wine. The very notion that there’s something in the wine besides the winemaker’s hands-off approach to its pure expression of terroir, after nothing more than patient barrel aging, is so unpopular, in fact, you might wonder if these businesses are struggling to stay afloat.

Uh, not really, according to Jillian Johnson DeLeon, who does sales and technical winemaking at Laffort USA. “People are using this from grocery store brands all the way up to 95 to 100 point wines.”

Johnson DeLeon also interacts with wine drinkers as winemaker at her own Onesta Wines. People are often surprised, she says, when she mentions her day job is at a wine products company. “Most people don’t know that there are any ingredients in wine besides grapes and yeast.” There are dozens of categories and hundreds of products approved for winemaking, with the catch that they aren’t supposed to significantly alter the character of the wine.

Following Johnson DeLeon’s mixing instructions, I add a few drops of powdered Laffort Quertanin Sweet in solution to a 100 milliliter pour of a 2018 Syrah-Zinfandel blend that I meant to be a fruity Beaujolais style for early drinking, but is a bit sharp on the tongue just now. Sure enough, the product masks the harshness of the new wine and provides a sensation of sweetness, without sugar.

“I always tell people, it can’t replace barrel aging or oak alternatives,” Johnson DeLeon says, “but it can fine-tune the flavors.”

Similarly, an OakWise offering called Finissage French Complex smoothed out the wine’s raw tang, and BSG’s Fruit Enhancer Plus did, indeed, “wake up” a slightly tired-tasting lot of Pinot Noir that I’d just about given up on drinking—and might have a slightly happier ending after all.