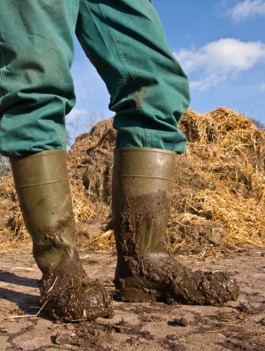 President-elect Barack Obama is starting to draw up names for various cabinet positions. The secretaries of state, defense and treasury will be the first appointments he makes. The secretary of agriculture, never a high-profile position, will surely come later. But now that our long, national nightmare of George Bush is about to come to an end, I’m hoping that Obama will give some serious thought to how we feed ourselves. I’d argue that the secretary of agriculture post and an overhaul of our food policy need to become top priorities.

Writer Michael Pollan, author of The Omnivore’s Dilemma and In Defense of Food, has become one of the leading voices in America for food policy reform. He wrote a provocative cover story in the Oct. 12 New York Times Magazine in which he offered some suggestions to the then unknown president-to-be. The basis of his advice is the belief that our food policy has become a national security issue. Because the centralized production and distribution of food in America is based on petroleum in the form of pesticides, herbicides, fertilizers and gasoline-powered distribution, this system is not only fouling the environment but it exposes our dependency on foreign oil and our vulnerability to domestic terrorism in the form of food tampering. And what we produce and the way we eat are primary factors in the skyrocketing rates of obesity and chronic diseases such as diabetes.

Unless we remake our food policy, he argues, our next president will not be able to make significant progress on the healthcare crisis, energy independence or climate change. Among other things, Pollan calls for the “resolarizing” of the food system, switching from monocrops (corn, soy) that depend on petroleum-based chemicals to more holistic, diversified agriculture that relies on the sun instead of oil. And I love his idea of ripping up five acres of the White House south lawn and replacing them with fruit and vegetable gardens to spur Americans to grow their own food.

Obama reportedly read Pollan’s “memo,” and I hope he takes the advice to heart. But there’s another writer who has some words Obama should read, Watsonville farmer Andy Griffin, who runs Mariquita Farm with his wife, Julia. Griffin is also a gifted, tell-it-like-is writer who pens a bimonthly column in his farm newsletter, The Ladybug Letter. (Mariquita means “ladybug” in Spanish). In his Oct. 28 column “Daisy Chains and Milkmaids: An Open Letter to Michael Pollan,” Griffin took Pollan to task for what he saw as a glaring omission in his Times story. Griffin had high praise for Pollan with one notable exception: nowhere in his 8,324 words did he mention farmworkers, the basis of our entire food system. He wrote about the creation of “green jobs” in a post-oil agricultural system, but farm laborers didn’t merit a mention.

“It’s an interesting oversight, but I can’t imagine you left the farm workers out intentionally,” Griffin writes. “The role of the farm worker is simply too much of a symptom of and poetic metaphor for of the chaos of our food system for a man of your learning not to notice. . . . It is precisely because Mexican peasants can’t afford to buy corn and beef in their own country, or compete with multi-national food corporations and sell their produce to their friends and neighbors in Mexico, that they come here to work. Changing our food policy is key to unlocking the dungeon that is our immigration policy.”

I don’t have a solution to our immigration challenges, but Griffin’s insistence that we own up to the reality of food production in America is a good place to start.