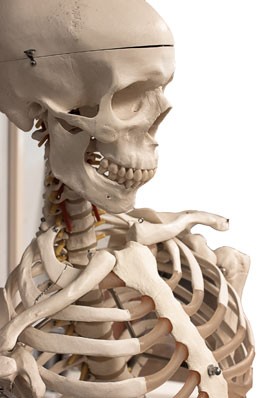 Wine-soaked tourists in downtown Napa today might cringe if they knew which rooftop housed the corpse of 19th-century serial killer William Roe while his body rotted away in the sunlight. After evading capture for a murder he had committed five years earlier, Roe earned the distinction of being the last man hanged in Napa County. Roe may have breathed his last breath on Jan. 15, 1897, but his story continues to haunt the county.

It is a story of robbery, deceit, betrayal . . . and a skeleton lost to the sands of time.

On Feb. 9, 1891, career criminal William Roe headed across the San Francisco Bay aboard a steamer with his new friend, a recent German immigrant named Carl Schmidt. With Schmidt, Roe planned to rob the Napa County residence of retired sea captain John Greenwood. Unbeknownst to the dimwitted Schmidt, Roe plotted to kill him after the robbery.

At five o’clock the men reached the Greenwood Ranch. They accosted 60-year-old John Greenwood outside, drawing their pistols on the unsuspecting rancher as Roe hollered, “Throw up your hands!” They kept their guns pointed at Greenwood as they followed him across the yard toward the house.

In the kitchen, Roe ordered Schmidt to bind the older man’s hands and feet with bale rope while he filled a cup with water. Roe produced a bottle from his pocket. Obtained in San Francisco’s Chinatown, the bottle contained a sleep-inducing opiate. Roe was quite familiar with its effects, as he nightly relied upon the mixture. He poured a few drops from the bottle into the cup and shoved it toward his captive. Greenwood explained to Roe that he suffered from heart trouble. His protests were ignored.

At gunpoint, Roe forced the older man to swallow the liquid.

Shortly thereafter, Lucina Greenwood returned home. She left her horse harnessed to her buggy and walked up the side of the porch. Just as she reached the door leading into the kitchen, Roe flung it open. Startled, Lucina quickly stepped back and fell backwards over the porch railing. Lucina fought her assailant as he quickly pulled her to her feet and dragged her up the porch steps.

Schmidt bound the injured woman’s hands and feet with a window cord as Roe forced her to swallow the opiate-laced water. Roe became enraged as John Greenwood, unaffected by the opiate, demanded his wife be released. In order to incapacitate the man, Roe gave him a dose of chloroform. Schmidt stood watch over Greenwood as Roe carried Lucina into a nearby bedroom, where he proceeded to assault her.

Greenwood could hear Roe talking in a rough manner to his wife and voiced his objections. Schmidt dragged Greenwood into the front hall, where Roe jammed a makeshift gag from a small piece of broken broom handle and a piece of fabric he had torn from one of Lucina’s white skirts into his mouth. Roe then returned to the front bedroom and strangled Lucina with a window cord.

After ransacking the house, the men departed in Lucina’s buggy. Greenwood worked the gag from his mouth and vomited poison-laced bile, which likely saved his life. He then slid himself down the hall and into the bedroom. With his hands bound, John used his teeth to grab hold of Lucina’s clothes to pull her toward him. Before he could administer any aid to Lucina, he slipped into unconsciousness.

When Roe and Schmidt reached the city of Napa, they stopped at a saloon on Brown Street. Roe had initially planned to rob the Bank of Napa, located less than 600 feet from the courthouse, but after a conversation with the bartender confirming that John Greenwood was a wealthy man, Roe decided to return to the Greenwood ranch for a second search.

Upon entering the residence, Roe grabbed John Greenwood and fired two shots at close range into the left side of his head. The first shot passed downward into John’s mouth, dislodging a tooth that he spit out onto the hall floor, while the second angled upwards and embedded itself in his skull. While John feigned death, Roe rebound his feet and retied the gag. He then entered the bedroom and fired a single shot into Lucina’s skull.

Roe never found the stash he was looking for. He pocketed $4, none of which he shared with Schmidt, and some jewelry he could pawn in San Francisco. After extinguishing the house lights, the thieves made their final getaway via Lucina’s horse and buggy. In Cordelia, they found a grove of trees where they slept undetected.

The following morning, John Greenwood summoned every ounce of strength that remained as he unbound his feet and crawled from his home in search of help. He made his way down the dirt road until he reached the front gate of his property, where he was found by his neighbor, Hugh Kelly.

Napa County sheriff George McKenzie immediately launched an intense manhunt for the two killers. Contributions for a reward for the capture of both men came from John Greenwood ($1,200), Napa citizen Levi George ($250) and Sheriff McKenzie ($250), and California governor Henry Harrison Markham signed a bill offering a reward of $2,500. The entire community was willing to lynch the men who had killed Lucina Greenwood.

After 11 months of false arrests, the first break in the case finally came. On Jan. 1, 1892, a detective in Denver overheard a man drunkenly brag to a saloon keeper of his participation in a murder. He identified himself as Carl Schmidt and revealed that he had helped another man rob and murder the Greenwoods in Napa. Schmidt was arrested and booked in the Denver County Jail to await extradition to Napa.

At his trial, Schmidt admitted his participation in the robbery of the Greenwood residence but maintained his innocence in relation to the poisoning and shooting of John and Lucina Greenwood. William Roe was solely to blame for the death of Lucina and the injuries inflicted upon John, he explained.

In order to escape the gallows with an insanity defense, Schmidt carried on conversations with invisible demons and threatened the judge. On May 28, 1892, he was found guilty of first-degree murder and sentenced to imprisonment for life. His ploy had worked. Sheriff McKenzie personally delivered him to San Quentin where he served his sentence out on Crank’s Alley, the prison ward devoted to the mentally insane.

At his trial, Roe told the packed courtroom that he wished to be hanged so that he would no longer have to live with the knowledge of his crimes. Since committing his first murder at the age of 14, he explained, he knew that something was wrong with him. He believed that an autopsy would reveal abnormalities that would account for his criminal behavior.

After two weeks of trial proceedings, the jury found Roe guilty of murder in the first degree. As the law designated, a conviction of first-degree murder was punishable by either death or life imprisonment. Newspaper reporters had theorized that Roe would be hanged at San Quentin. Due to the overwhelming outcry for vengeance by the Napa community, Judge Murphy granted Sheriff McKenzie the responsibility of executing Roe.

Hanging day came on Friday, Jan. 15, 1897, at the Napa County Courthouse. With his wrists bound to his thighs, Roe was marched to the scaffold under the guard of Sheriff McKenzie and several deputies. Roe’s hands trembled as he discarded his cigar. Sheriff McKenzie tightened the noose around Roe’s neck, covered Roe’s head with a black hood and signaled to the three deputies behind the scaffold.

Roe dropped through the trapdoor at lightning speed. His neck snapped, causing a clean break between the third and fourth vertebrae. The execution staff descended the scaffold and took their places around the body for the final pronouncement of death. The hanging rope was cut into small pieces and distributed among the 400 spectators as souvenirs, while the noose was bestowed upon Sheriff McKenzie.

It would be the last public hanging in California.

The following morning, Dr. Edwin Z. Hennessey accompanied the crate containing Roe’s coffin to the College of Physicians and Surgeons in San Francisco for dissection. After a determination of mental deficiency, the dissected corpse was returned to Napa. On Jan. 8, 1898, almost a year after the hanging, the Napa Daily Journal reported that for the past six months the bones of William Roe had been bleaching atop the roof of the Williams block on Main Street. Dr. Hennessey later cleaned and articulated the skeleton for his own anatomical collection.

The skeleton was eventually given to the Napa Valley Unified School District to be used as an instructional aide in biology classes. The last reported accounting of the skeleton was in the 1960s. As of this writing, its whereabouts are unknown.

Within a year after the execution, jailer Wall Kennedy adamantly professed his belief that Roe haunted the jail. To this day, employees of the Napa County Courthouse report strange paranormal occurrences. When a radio goes on the fritz at one of the businesses housed in the Williams-Kyser building—now home to Cole’s Chop House, Ubuntu Yoga Studio and Restaurant, and Vineyard Dog Boutique and Bakery—Roe receives the blame.

As Roe himself told a reporter shortly before his execution, “The spirit lives after death; [it] enters some other form of life on this earth.”