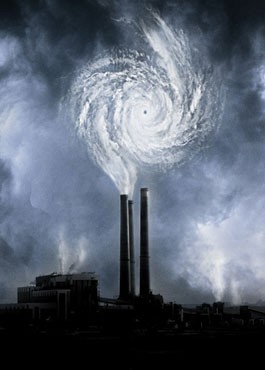 “All of my heroes have helped other people, not just themselves,” says Richard Busse, Santa Rosa psychologist. Busse is inadvertently becoming a hero himself; one day he took action to curb global warming, and a few years later found himself changing the course of history a bit. He’s certainly changed the course of his own life.

It began when he saw the documentary An Inconvenient Truth in 2006. As the credits rolled, Busse says he listened to the Melissa Etheridge song and read the message to “do something” about global warming. “One part of the sign-off credits,” Busse explained, “is an African saying that when you pray, move your feet.”

That got Busse thinking. “About five months later,” he said, “I got an idea.”

Busse starting calling school principals in Sonoma County. He offered to purchase out of his own pocket copies of An Inconvenient Truth for use in classrooms. “I didn’t need people to agree [about global warming],” explained Busse. “I just wanted to get the conversation started.” Favorable response from principals was about 30 percent, but through a helpful contact, Busse was able to place 182 copies on the shelves of school libraries countywide.

And Busse didn’t stop there. After canvassing Sonoma County, he reached out to Lake and Marin counties. Before he knew it, he’d covered California, all 52 counties. Then he branched out into Washington, Oregon and Arizona. Even on vacation in the South Pacific, Busse made a serendipitous contact and supplied every school (and one college) in the Republic of Palau with copies of An Inconvenient Truth.

Back home, it was tougher going. “After the BP oil spill disaster, I reached out to the Gulf states,” explains Busse. He predicted a high response rate among those suffering through such environmental devastation. But he was wrong. Response was only half of what it had been in the Western states. “One Alabama teacher told me she’s fighting an uphill battle against ignorance,” said Busse, “not only on this topic, but others.”

Undeterred, Busse covered all 50 states, succeeding at 4,000 schools and reaching about 2 million students. Canadian schools are next, as Busse continues for what he calls the shelf life of the documentary, one day to be replaced by an updated film.

Busse loves this project. Occasional hate mail aside, the overwhelming feedback is positive. “I get thank you letters from Molokai, Texas and Alaska,” says Busse. “It feeds me, the thankfulness.”

It’s so rewarding, in fact, that he’s taken two years off private practice to pursue it full-time. “Psychology is rewarding work,” says Busse, “but helping Mother Nature is even closer to my heart.”