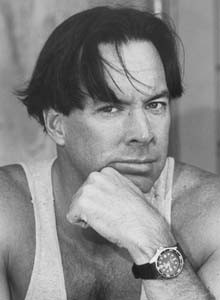 DON’T BE DECEIVED: The smooth skin of modern life hides something dark and potent underneath. Below the shiny, plastic surface, there is a hidden history waiting to be revealed. But no mere archaeologist, anthropologist, or historian can crack that Plexiglas shell and begin the necessary excavation. It takes a novelist of the caliber of Greg Sarris to uncover the truth, comfortable or (more often) not. In his new book, Sarris digs up enough skeletons to make us squirm and enough marvels to elicit repeated gasps of wonder.

Watermelon Nights (Hyperion; $24.95) is a sweepingly epic story that also manages to maintain an intimate focus on the lives of an American Indian family living in Sonoma County. Grandmother, mother, son: Three generations of the Waterplace Pomo tribe take a bumpy (and often tragic) ride through the 20th century. This tough-minded tale of poverty, prejudice, and violence plays out, like Sarris’ 1994 book, Grand Avenue, in the streets and fields of Santa Rosa and Sebastopol.

If the setting is familiar, some of the characters are initially quite inscrutable. The mysterious figure of Grandma casts a long shadow over this book. We are as confused by her subtle motivations as her puzzled 20-something grandson, Johnny, who lives in her house and sells used clothing while he plans his next move in life. He tries to pry truths from the old woman about tribal history and the emotional geography of his family, but often finds that she reveals the facts only after he has already figured things out for himself: “The problem is you can never know if she forgot or just never thought to tell you, or if she set the puzzle out on purpose,” Johnny tells us after stumbling across the fact that his best friend’s mother had been murdered.

But, as in real life, time blows much of the mist off the mysteries. The book works its way back through history at a measured pace, and Grandma soon emerges as a superbly drawn character, a woman who has been on the most intimate terms with horrific tragedy and lived to become a person gifted with strange (perhaps magical) ways of seeing.

Johnny’s mother, Iris, may be the most tragic character in this novel, even though she seems on the surface to suffer the least. Well educated and financially comfortable, Iris grows up struggling hard with her Indian identity. As a grown woman, she fights to understand her mother and her son. But both seem to slip like water through her fingers.

Sarris’ supple prose keeps this history lesson firmly on its feet. He often allows hair-raising events to sneak up on the reader–the full significance of a tragic event takes some time to sink in. Then, it hits us like a hammer. But these grim circumstances go hand in hand with sudden bursts of poetic beauty that appear like a rainbow after the storm.

Sarris–who is chairman of the Federated Coast Miwok Tribe–is also a master of the subtle nuances of racial politics. White racism stalks his characters like a hungry ghost, but tension over skin color and “Indianness” also flares up frequently within the novel’s Indian community. The author does a powerful and convincing job of portraying the complexities of this tragic situation.

In the end, Watermelon Nights has no easy answers to offer. But Sarris gives us something better–a powerful novel about deeply complicated human beings. It’s easy to say that we live on Indian land. Sarris tells us what that means.