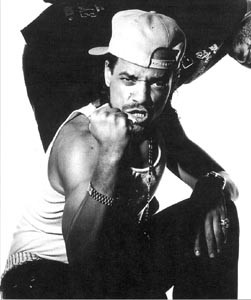 Ice-T time: The rapper’s 1991 tracks are among the bravest ever on a major label.

Great sleeper discs of the ’90s

THE DECADE’S crucial pop music? Nirvana’s Nevermind, Dr. Dre’s The Chronic, Bob Dylan’s Time out of Mind, Beck’s Odelay–these and works by artists like Lauryn Hill, Lucinda Williams, the Chemical Brothers, and Nine Inch Nails are well-known Billboard breakout performances, yet there are dozens of discs of equal vision, craft, and power that have escaped notice. Here are a dozen that stuck with me.

HIP-HOP has outdistanced indie-rock on the charts, and its footprints are now shared by every pop genre except country. Hardcore rap has remained essential to hip-hop’s success. On this fierce, funky, funny, and relentless old-school ride, Ice-T really was the O.G., echoing Public Enemy’s sonic assault and inviting a decade of controversy with his smart topical outrage. His spoken-word closer, “Ya Shoulda Killed Me Last Year,” may be the bravest track ever released on a major label.

DIDN’T the Rolling Stones used to sound like this? Perhaps I’m thinking that Stuart, country’s most non-clichéd act, could have been included on the recent tribute to country-rock icon Gam Parsons.

AS THIS ERA ENDED, this decade found many old pop icons still kicking. Iggy’s deeper than the punks he inspired, and on this disc full of love and hate, he still came up with the second-best version of “Louie Louie” of all time.

Patty Loveless The Trouble with the Truth (1995)

POST-GARTH commercial country-pop with a purpose. Loveless started with a Cajun-flavored cover of English folk-rocker Richard Thompson, and from his line “Cry, cry, if it makes you feel better” she focused excellent hit material into determined self-awareness that’s free from bitterness and blame.

THE BEST of the post-Nirvana grunge-pop hitmakers. Bandleader Art Alexakis showed a gift for both confessional songwriting and emotion-laden big rock, and the anthemic shout “I don’t want to be the . . . baaaaad guy” from the single “Santa Monica” cued this flushed, brittle effort to grow up.

A SURPRISING triumph of minimalism, Roots reduced thrash/ death/speed metal’s low-end blast to its basic building blocks, where the band then began rebuilding with the tribal drum-‘n’-chant rhythms of its native Brazil. Ferocious as hell and widely imitated.

GRIFFIN DEBUTED with just her voice and acoustic guitar at a time when female singer/songwriters favored a thick-‘n’-groovy rock sheen. But Ghosts was more about sweet and self-assured passion than folky bravery, as she filled her detailed, weary portraits with stories of religion, bravado, and whispers.

THE PEAK in a series of bluegrass-based roots-rock discs that established Earle as both the comeback artist of the ’90s and the O.G. of the alt-country crowd. Loose but edgy, clear, compassionate, and humorous, Earle packed a rocking center between two now-classic plaintive folk ballads, “Christmastime in Washington” and “Fort Worth Blues.”

OAKLAND has been a wellspring for ’90s hip-hop talent. These indie-label revolutionaries are street-level but not gangsta, jazzy and poetic but not alt-rap, and their latest effort paints gritty ghetto narratives with creative, dramatic funk.

THE DECLINE of metal and the shrinking role of guitar in late ’90s pop is a myth. Sharp and punchy dynamics, thoughtful lyrics, and a classic hard crunch that superseded style still left these ’80s rock survivors room to flirt with techno and alt-country.