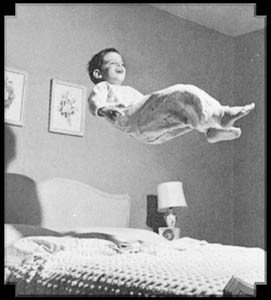 Where to get free physics lessons and good country drive

THERE’S no telling how many thousands of people have been seriously freaked out while driving the back roads of Cotati. And we’re not talking about the ’60s, when chemically altered individuals would go watch the Technicolor sunsets melt over the Petaluma hills.

An eerie optical illusion masquerading as a supernatural anomaly, Gravity Hill is found along Lichau Road, just east of Rohnert Park. Put simply, its a place where cars, balls, and other spherical objects roll . . . or at least appear to roll . . . uphill. “We used to go up there in high school,” recalls my brilliant and insightful wife, Susan Panttaja. Now a highly educated geologist, Susan grew up in Rohnert Park, where, face it, back in the ’70s there just wasn’t much else to do on a long summer night, unless folksinger Kate Wolf happened to be playing at the Inn of the Beginning. “So my friends and I would all drive up to Lichau Road in Brian’s Datsun 2000 roadster,” Susan says. “When we got there, we’d play Dan Fogelberg tapes.” Say, that is eerie.

Once up there, of course, they would perform complicated experiments, testing the gravitational forces that would cause something like Brian’s Datsun 2000 Roadster to coast uphill backwards. Actually, not. “Once you do Gravity Hill a few times, there’s no reason to do it again unless you’re a guy trying to impress girls,” she says. “We went up there because it’s really beautiful and open and you get a good view of the lights of Petaluma.”

But seriously now, what causes the quirkiness of a gravity hill?

“Well, it is an optical illusion,” she says. “An accident of topography. The lines of the hills–and the fact that you have been driving uphill–give you the impression, once the grade becomes gentler, that you are now on a downhill grade. If you put your car in neutral and take off the brake, you will appear to be rolling back up the hill. Basically, a gravity hill is an uphill grade that looks like a downhill grade.”

Test-drive it yourself. Take Petaluma Hill Road to Roberts Road, turn right, proceed to Lichau Road, and turn right again. Travel 2.4 miles. The stone gate on your right, with the wrought-iron sign proclaiming Gracias Santonio, marks the spot. Just past the cattle grate on Lichau, you’ll see what appears to be a slight decline; drive to the middle of it, watch for oncoming traffic, and let the good times roll. Dan Fogelberg tapes are optional.–D.T.