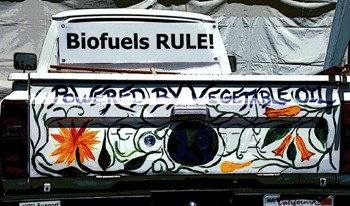 Weekend haven, gay getaway village, river outpost–the Russian River area is all of those things. But if the local chamber of commerce has its way, add the term “eco-tourist destination” to that list, please.

Launching a new campaign whose slogan is “Just one more day,” the Russian River Chamber of Commerce believes that if it can get weekend visitors to spend just one extra day in the area, those visitors will return, tell their friends and help to both nourish and infuse the area with a different kind of green: the kind that spends.

“Right now, we’re really weekend-based,” says RRCC board member Nancy Norstad, the owner of the graphics firm Flaunt Media, who is helping to spearhead this new campaign. “And that couldn’t be environmentally worse for the area. People come, stay for two days, trash the place and leave.”

Ever ambitious, the chamber aims to turn its area–as well as a measure of Sonoma County north to Gualala and west to Mark West Springs Road–into prime territory for legions of vacationers who like a little more to their holiday than just a cold one under the hot sun. “Nature is the only thing upon which year-round entertainment is performed,” Norstad pronounces. “And nature provides a lot more interest in the low season than it actually does in the high season,” she continues, listing bird and whale watching, tide pooling and cool weather hiking as lures.

Networking solidly, the RRCC proposes to tie into the work of area recreation providers by creating a full “concierge” package of activities and businesses that hotels, motels and B&Bs can use when directing their guests to local wonders. For every reservation made for and honored by a guest, the originating business receives a commission–smart stuff and a classic win-win for the economy and interested travelers.

But what, one wonders, about da grapes? “We haven’t even talked about wine, and we’re not,” Norstad says with a laugh. “Wine is already done really well out here, and, if anything, we’d focus on touring those wineries on the river that are particularly green, with forums on their specific practices.”

But eco-tourism here is more than just a super-clever way to generate extra income and promote the environment. It may be the best way to help avert the low-flow proposal for the Russian River and to permanently stop the temporarily stalled Monte Rio sewer. “Our big goal in two to five years is to make our entire area–Rio Nido to Monte Rio–a green business area,” Norstad says. “We want to go for certification. The [Russian River RiverKeeper Project] has a list of 18 things that could happen to save the river, and only one of them is low-flow. We are determined to garner the resources to investigate the other 17.” . . .

Now celebrating its 18th anniversary, the Wine Country Film Festival this year is all about sustainability, featuring an “EcoCinema” fest-within-a-fest that complements the films with symposia on everything from vineyard practices to environmentally wise housing to organic food production and prep. Slated this year for July 22-Aug. 15, the WCFF chose to go gaga for green after festival cofounder Justine Ashton attended the San Francisco Green Festival last year.

“It changed my life,” she says, still sounding awestruck. “I started thinking organic. I don’t even see weeds as being weeds anymore. We started a small organic garden that we’re sharing with other families here. We have a few acres of grapes, and so we’ve changed our vineyard practices. Once I got started, I just couldn’t stop. It just kept growing and growing!”

The unstoppable force of nature as evidenced in Ashton’s passion means that 20 new movies have been selected as representative of sustainability. Since being green when physically making a film is nigh impossible, Ashton and her team chose the films based upon their message. “We cover a broad spectrum of topics, but the bottom line is that everything that we’re showing is proactive and solution-oriented,” Ashton says. “We’re not merely dwelling on the problems. So much is being done right now that it’s just a phenomenon.” . . .

Claiming to be the first and only series of its kind ever developed for television, local public TV station KRCB launches Natural Heroes, on Sunday, June 20, at 6pm. A slate of 30 episodes of documentary filmmaking centering on how people are helping rather than harming the earth, Natural Heroes is a national feed emanating from our humble burgs.

“It’s a series entirely made up of indie filmmakers who probably wouldn’t have their short films shown anywhere,” says producer Valerie Landes. “Every episode features people who are doing things for the environment.” Landes is just as surprised as this reporter that no one’s tackled this subject before.

“Shows on the Discovery channel are about animals and nature, but not how we help the environment,” she clarifies. “Despite the current administration, this is something that many people are concerned about, are interested in, really want to make a difference about and are thrilled to see others really doing something for the community and on a more global scale; something that is helping us all. Seeing these other stories is really inspiring.”

The programming kicks off on June 20 with “A Lot in Common,” a documentary about a vacant Berkeley lot that is transformed into a community garden through the vigorous efforts of an eighty-something resident and fellow neighbors. Other highlights include the self-evident “Trash Is a Failure of the Imagination”; an investigation of the slow-food movement titled “The Soup Peddler”; and “The Naturalist,” a film that follows the real-life rounds of a hermit named John Muir of the Ozarks, a man who has chosen to live in the solo tradition of Thoreau.