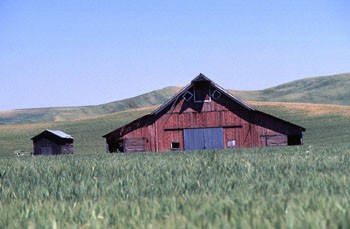 Grass Is Greener: Should GMOs be banned in Marin and Sonoma counties?

Splice rice with a daffodil gene to reduce blindness. Cross potatoes with mice and jellyfish genes so that they’ll glow fluorescently, allowing satellites to see when they need watering. Gift a goat with the gene of a spider to produce a half-web, half-milk substance that scientists hope will be stronger than steel.

These are just a few of the weirder examples of genetically modified organisms (GMOs) currently under development, and illustrate the nearly unlimited potential of the process. Already, some 60 percent to 70 percent of processed foods in the United States contain GMOs. Most of us, whether we know it or not, eat some sort of genetically modified food every day.

But critics say the enormous potential of genetic manipulation also comes with risks–risks that so far have not been presented to the public, particularly in the United States. While many nations, including most of Europe, Japan and Mexico, have banned GM foods, few areas of the United States had said no to GMOs until last spring, when Mendocino County passed an ordinance banning the cultivation of GM crops within its boundaries.

Now Marin and Sonoma counties are considering following Mendocino’s lead. In November, Marin will vote on whether to ban GM crops. On July 27, the Sonoma County Board of Supervisors will decide whether area residents will also have a chance to vote on the issue in November.

Currently, no GM crops are grown in either county, but organizers say that’s why it’s important to move ahead now.

“We have a unique opportunity right now to keep Sonoma County uncontaminated,” says Dave Henson, director of the Occidental Arts and Ecology Center. “We won’t have that in a few years–once GMOs get into our ecosystem, it will be impossible to get them out.”

In late April, people from nine counties attended a workshop led by Els Cooperrider, leader of the anti-GMO measure in Mendocino County. There, attendants learned how to start an initiative to ban GMOs in their own area.

Organizers from Marin County found support for the ban immediately. With only 100 volunteers, they gathered 15,000 signatures in five weeks, well over the 9,000 needed to get the initiative on the November ballot.

Sonoma County took longer to craft its ordinance, and only gathered signatures a week before they were due. Still, volunteers managed to get 1,700 people to sign the petition. The Sonoma County Board of Supervisors will decide whether to put the initiative on the November ballot, hold a special March election or wait.

In Marin, organizers are bracing for retaliation by trade associations like CropLife International. CropLife poured an estimated $750,000 into a public-relations campaign against the Mendocino measure.

“There were these outrageous radio spots that said something like the garden police are coming to rip up your garden in the middle of the night, the garden gestapo,” says Frank Eggers, mayor of Fairfax, an anti-GMO organizer who was in Ukiah before the county voted on the measure. “But it didn’t work. The people saw through it.”

Marin is raising $100,000 to put out a campaign to circumvent any similar attempts by CropLife in its county.

Genetically engineered means that genes are removed from one organism and inserted into another organism. It differs from traditional plant breeding, because the exchange crosses species barriers, something that could never occur in nature.

Both the Marin and Sonoma initiatives would make it illegal to plant and cultivate GMOs, though it would not stop the sale of genetically modified foods coming into either county. Exemptions would be made for medical research–new drugs and treatments are being developed through genetic engineering–as long as the research was contained in specially designed buildings.

Sonoma’s initiative is more tech-friendly than Marin’s. It allows for other scientific research, could be overturned by the Board of Supervisors if a new technology’s benefits outweighed its problems, and would come up for review in 10 years.

Critics of genetic engineering say that one of the problems is that the technology is unregulated. The FDA does little testing and the state does no testing of GMOs. There are no independent studies on their safety, and no testing, period, on their health effects. The only people who provide information on the technology are the same companies that sell it, and they are not required to publish their results.

“We’re not hearing about this technology from the scientists who develop it, but from the best PR firms out there,” says Mark Spears, a co-owner of Good Earth Natural Foods who helped organize the Marin initiative. “The scientists don’t even know what to look for, and yet they are ramming it into the food chain.”

Organizers say there are good reasons to be concerned about the health effects of GMOs. For one thing, to combine genes from different species, scientists have to also put bacteria and viruses into the genes to trick them into combining. The long-term effect of eating bacteria or viruses–not to mention the pesticides and other toxic materials inserted into some plants–are unknown.

Environmental issues are also a concern. In Mexico, pollen drifts of Bt corn–corn with a chemical that wrenches the guts of moths and butterflies that feed on it–bred with native corn plants. The results have left environmentalists concerned about the butterfly population.

“Never mind what a chemical like Bt would do to my guts after I eat it for 30 years,” says Henson. “How would it affect something like the monarch butterfly that migrates [north from Mexico] every year, munching Bt corn on the way? How do monarchs affect the ecosystem?”

GMOs also threaten organic farms, because if the technology breeds with organic crops, farmers could lose their licenses.

But proponents of genetic engineering say that banning the technology could hurt nonorganic farmers. The promises of the technology–reducing pesticide spraying, yielding bigger crops and feeding the world–are impressive.

“These initiatives would cover something like grapevines modified to be resistant to Pierce’s disease, which is under development,” says Lex McCorvey of the Sonoma County Farm Bureau, referring to a virus spread by the glassy-winged sharpshooter, a dire vineyard pest. “In that case, pollen drift wouldn’t be an issue, so cross-contamination wouldn’t happen. These bans shouldn’t put all the technology under one big umbrella.”

With so many countries banning GM foods, planting them could also affect sales. California is the second biggest producer of rice in the United States. The rice industry’s biggest customer–Japan–has said it will not buy from California if GM rice is planted here.

But economic advantages or disadvantages aside, for some, the potential dangers of GMOs outweigh any benefits.

“I come from a county with the highest breast cancer rate in the country and one of the highest prostrate cancers. I am abiding by cautionary principles,” Eggers says.