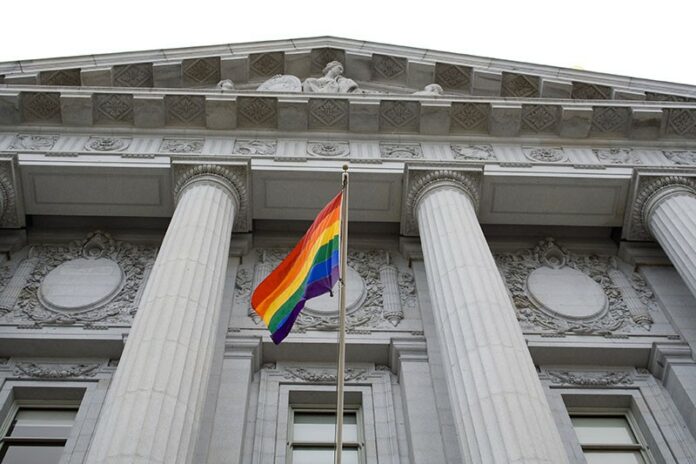 There comes a time when you have to accept defeat and move on. Opponents of gay marriage—you lost.

This past Monday, Oct. 6, the U.S. Supreme Court said it would not take up lawsuits from five states that sought to give constitutional cover for their state bans on gay marriage. The ruling now means that 30 states, California among them, have same-sex marriage protections that Justice Antonin Scalia won’t crush under the weight of his ever-expanding chin wattle.

Of course, California was on the forefront of the gay marriage issue in 2004 when then-mayor Gavin Newsom signed a gay marriage ordinance in San Francisco.

But there’s still a long fight ahead—and lots of less visible forms of discrimination against gays and lesbians to reckon with, say activists in the LGBT community.

Not to mention 20 states still to go: “The Supreme Court’s refusal to take these cases means that marriage equality will exist in 30 states,” says Paula Pilecki, executive director of the Spectrum LGBT Center in San Rafael.

“But it also means that the remaining states can practice discrimination against same sex couples, and this is what ultimately needs to be addressed. We aren’t finished until full equality is achieved,” she says.

This week it was official: Kevin Lunny’s Drake’s Bay Oyster Co. signed off on an agreement with the National Park Service to leave the beloved family oyster business at Drake’s Estero, after a years-long court battle with the feds.

But wait! Marin County stepped in at the last of all possible seconds. It’s now arguing that the forced federal removal of the business, which was done with the blessing of the state California Coastal Commission, violated the California Coastal Act.

At issue is what’s known as “consistency certifications,” which, as applied to Lunny, says that if the federal government is going to remove a business, it needs to provide the state, and the business owner, with a good reason that’s more than just the simple discretion of the Department of Interior.

“The [federal] government needed to explain to the Coastal Commission why it would be impossible for the oyster farm to continue” says Lunny, “and do that before they shut it down. They didn’t do it. There was no impediment from renewing the permit, other than their own discretion.”

But why now, after all is said and done, has Marin County joined the Drake’s fray? Lunny says the issue had been raised throughout the legal battle, “and it was just ignored.”

But now, he says, the county knows that the Drake’s case opened the door to further federal bullying.

“This is a dangerous, dangerous precedent,” Lunny says.

“If the California Coastal Commission continues to apply pressure to agriculture, tells them what they can and can’t do in terms of regulating or protecting the coastline—but they’re willing to let a federal agency just come in and violate the Coastal Act and remove agriculture or aquaculture—the county’s concern is: Who’s next? “

But Lunny and his family business are moving on. He has already started working on a restaurant in Inverness and would love to stay in the commercial oyster business. For now, he’ll only say that he’s hopeful he’ll be able to do so from the family’s new Tomales Bay digs. —Tom Gogola