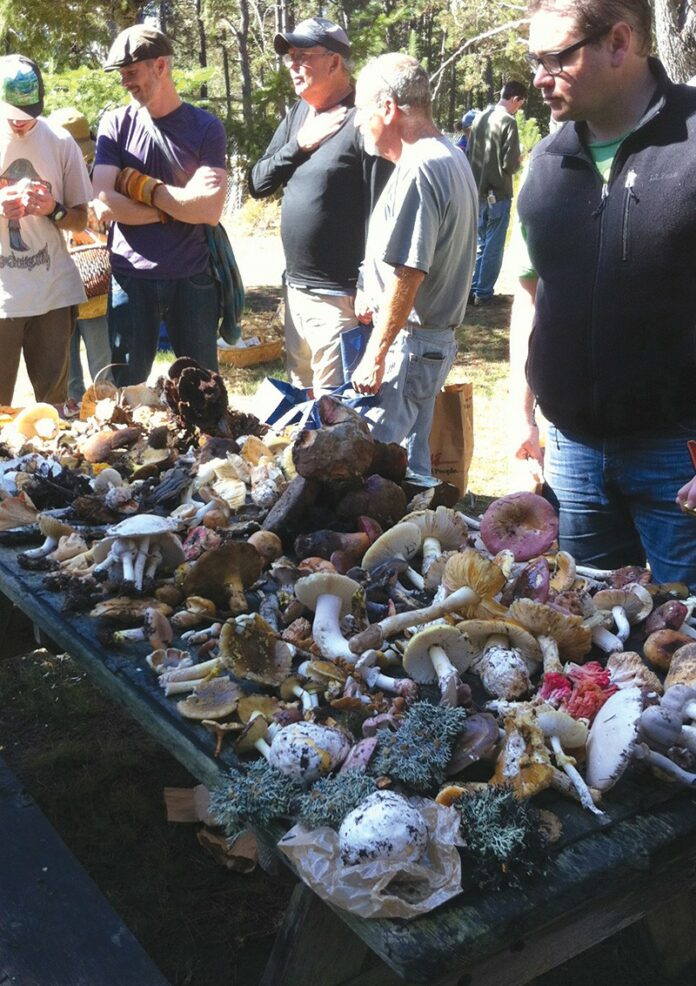 “People found quite a few,” he says, including golden chanterelles, porcini, black trumpets and even coveted matsutakes.

More mushrooms have been found this year than at the same time last year, he says The mushrooms were found at Salt Point State Park and into Mendocino County.

“After the next rain, there should be another flush,” Hamilton says.

But he adds that because of the drought, “all the old rules are out the window.”

Hamilton says his advice used to be wait 10 days after first half inch of rain to find mushrooms. But because the forest floor is so dry, the first rains pass right through the pine and leaf duff into the sandy loam. Mushrooms generally need long-term dampness to promote proper fruiting. The next rain should help move things along, he says.

“I think it’s going to be better than the last two years,” he adds, admitting that it’s been so bad that may not be saying much.

If you want to make the most of this year’s mushroom season, check out SOMA’s Wild Mushroom Camp Jan. 17–19 in Occidental where you can learn everything you always wanted to about the fungi kingdom. Go to www.somamushrooms.org for more information.