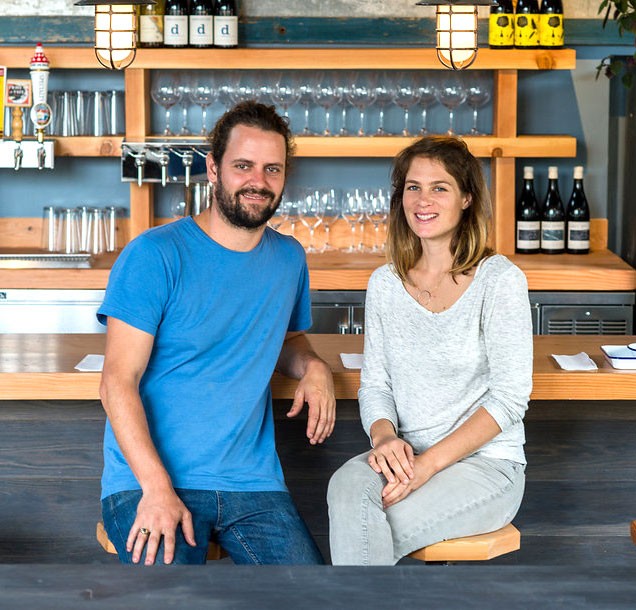 “California cuisine” isn’t a term used much these days, but there was a time when it was a hot buzzword in the restaurant world. It generally meant Mediterranean cuisine with Japanese influences presented in a whimsical, arty style on the plate. You know, teetering, vertically stacked foods with colorful squiggles of berry flavored beurre blanc sauces and such. The food never struck me as particularly Californian; in fact, some of the influence came from the even sillier spa-cuisine movement from the south of France.

But there are ingredients, dishes and aesthetics that are uniquely Californian. Looking at the opening menu at Sebastopol’s Handline, a new restaurant from Peter Lowell’s owners Lowell Sheldon and Natalie Goble, it comes pretty close to capturing what I think of California cuisine, at least coastal California, which really is a culinary entity of its own.

You can’t talk about California cuisine without talking about Mexico, and Mexican food is a strong thread that runs through Handline—namely tacos, tostadas and ceviche. Goble learned to mill corn from the masters at Sonoma’s El Molino Central. The kitchen will make tacos with made-to-order tortillas, including a Baja-style fish tacos that I can’t wait to try. Also look for a fishermen’s stew, raw and grilled oysters, fish and chips and a few burgers, beef and one bean-and-quinoa—very California.

The restaurant promises to be a destination with its light-filled dining room and spacious outdoor seating. The building is constructed around the former Foster’s Freeze that once operated on the site, and it still echoes the mid-century architecture of the late burger joint. The wave-like designs and weathered steel in the building’s exterior are supposed to conjure up images of the North Coast. The restaurant will be a real head-turner along Gravenstein Highway South when it opens at the end of the month.