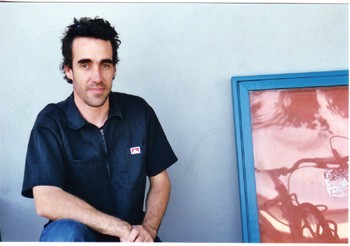 Sonoma County is known for a good deal of peace-loving activism, but the activity centered around the newly formed Free Mind Media center is shaping up to be anything but average–or, for that matter, especially peaceful.

High on the list of things that will define success for the new all-volunteer community space: “Getting infiltrated by law enforcement within a year,” says Ben Saari.

Over the past three years, Saari and a group of approximately 50 other volunteer-members have been stockpiling supplies, holding meetings, carting around thousands of books and staging benefit performances with the goal of finding a public space to rent as a headquarters for radical political activism in Santa Rosa. On May Day, that goal will be realized when Free Mind Media opens its doors to the public.

Located on Pacific Avenue in a modest building previously occupied by the Sonoma County Peace and Justice Center, Free Mind Media is a decidedly radical “infospace,” a combination bookstore, community meeting center, Internet cafe and lending library. A look around the freshly renovated space in the weeks before its grand opening reveals bookshelves packed with notable free thinkers ranging from Faludi to Franken, Goldman to Guthrie, Chomsky to Cometbus. The books share space alongside zines with titles like Stolen Sharpie Revolution, as well as instructional videos for street protest. Filling a magazine rack rescued from the county dump are periodicals such as Anarchy and, for the more environmentally minded, Green Anarchy.

An antique antenna perches atop one bookshelf, and, indeed, the atmosphere buzzes with frequency. Already, the space has hosted meetings for Food Not Bombs, the ACLU, Critical Mass and Copwatch. Future meetings are slated for others unable to work around the Peace and Justice Center’s heavily booked schedule–for example, a group of high school students who are mounting opposition to Rancho Cotate High School’s high-profile Conservative Club.

Youth seems to be a uniting factor. On one recent night, most of the volunteer-members arriving for a planning meeting are under the age of 25. “I still haven’t really grown up yet,” says the 34-year-old Saari, who sings in the local hardcore punk band Black Box and routinely answers to his old punk nickname, A-Head. “Some people who are ‘political’ spend a lot of time consciously trying to grow up. I really think that radical social change, if it’s gonna happen, has to be led by young people.”

Saari stops to consider this point. “That’s not to say that old people are stupid and have no new ideas, but the people in our society who have the free time, and who are looked at to lay the groundwork for the future, are young people.”

Nevertheless, Saari has done a considerable amount of growing up himself. Twelve years ago, he stopped drinking and doing drugs (“It was sort of a life-or-death thing”), and suddenly found himself with the time and energy to focus on being more politically active, a desire instilled in him at an early age.

“I grew up around parents who talked about the difference between the way the world is and the way they thought the world could be from pretty much the time I could talk,” he explains. “That gave me a different worldview than a lot of other people.”

“And the other thing is that I was a drunk teenage fuckup, and I found punk rock,” he testifies, “which, through the haze, reinforced all these ideas that I got introduced to when I was a kid.”

As the meeting convenes, two members huddle over their iBooks and compare methods for downloading streaming audio files of This American Life. Another group discusses the municipal code regarding spitting in public. Photos of volunteers remodeling the space, only recently refurnished, are passed around.

“I think this is the first meeting where we’ve all sat in chairs,” jokes member Amber Manfree. Each of the 14 members gathered state their name and how they are feeling (“I’m Caitlin, and we raised $70 today and I’m excited!”). Regular daily operations are duly discussed, including scheduling availability and the operation of a recently donated cash register (“Can anyone program it? Do we even want to use it?”).

One member, Robert Edmonds, has good news. “I found where to send the rent check to, so we have that worked out,” he announces, adding that insurance coverage has also been taken care of. Securing insurance for a militant group space is difficult. “Several underwriters rejected us,” Edmonds reports, “and several mainstream companies like State Farm rejected us. Branded: radical.”

A woman in a green vest bursts through the front door carrying three fruit trees wrapped in burlap. “Where should I put these?” she asks. She is from a group called Common Vision, a Mendocino County group that plants trees throughout the state. The organization’s truck is parked outside for the night, hooked up to an extension cord running from the building.

On a planting tour of local schools, the volunteer arborist plans to place heirloom peach and apple trees outside the building. “I’ll try to get some drummers to come out,” she tells the group. “We do a lot of West African drum and dance to keep ourselves connected to our culture and to our earth.”

Politeness rules the meeting as members never interrupt each other, instead sitting quietly in small, orange kindergarten chairs with raised hands, waiting to speak. Requests for a motion’s approval are met not with shouts but with sparsely murmured mmm-hmmms, sounding more like the assentations of schoolchildren in trouble than the affirmations of revolutionaries.

There’s more than one way to voice opinions, notes Manfree. “I think the bathroom’s going to be designated for graffiti before too long.”

Earlier in the day, a passing drunk stopped in to ask if the space was a “clubhouse” for liberals. “‘Cause I’m a conservative, and I don’t want you guys trying to take my guns away,” he proclaimed. Member Patrick Cadell calmly assured the interrogator that Free Mind was not after his guns and suggested that the man “rock on.” The drunk left.

“I have a friend who wants this book about the history of women in punk rock,” says a member in a black fedora, “and it seems like it would be right up our alley. Are we going to be able to special order books for people?”

This raises the painstaking issue of sorting out the collective’s many books. “We shouldn’t be pulling out and setting aside the crap,” one member says. “We don’t want to exhaust our stock of good books.” The room responds with more scattered mmm-hmmms.

“I think that when we make decisions about what is crap and what is sellable, it should be subject to review by at least two members,” someone suggests, which doesn’t exactly cause a stir.

“Sometimes, it’s obvious what’s crap,” utters another voice, breaking the room’s silence. “Like if we somehow wind up with a book about Oprah.”

Nearly everyone in this room has been working around the clock, and as the two-hour meeting winds down, the group formerly known as Free Mind Media Guild looks ready for a good night’s sleep. Someone mentions the group’s updated website, FreeMindMedia.org, and asks, “So are we just Free Mind Media now? Did we drop the ‘Guild’?”

“It conjures images of a 20-sided die,” sneers Saari.

But there’s dissent in the ranks. “Fuck that,” declares Cadell, “I’m still answering the phone with ‘Guild.'”

After the meeting, a few members remain into the late hours, talking ambitiously of the prospects for Free Mind Media, three long years in planning. Saari expands on his definition for success and how he hopes it will impact the community at large.

“Essentially, we aim to have a more active radical edge to the political and cultural scene in Sonoma County,” he says determinedly. “I think that there’s a wealth of great ideas from really talented people in Sonoma County, but there’s a huge shortage of them doing something about it, loudly, in public.”