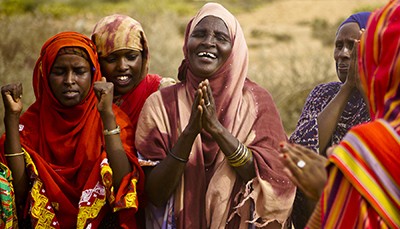 I love documentaries almost as much as I love free stuff, almost as much as I love getting two things I love at once. When all three come together, it’s a miracle I don’t explode. The Emmy-winning PBS Independent Lens series is showing every second Tuesday of the month through June 2013 at Rialto Cinemas in Sebastopol. Free movie night is awesome enough, but also: what else are you gonna do on a Tuesday? The series begins tonight at 7pm with Half the Sky: Turning Opression into Opportunity for Women Worldwide. For more, see Rialto Cinemas.

OCTOBER 9, 2012 — As Goes Janesville by Brad Lichtenstein
America’s middle class is dwindling, and the debate over how to save it is nowhere fiercer than in the normally tranquil state of Wisconsin. In Janesville, as jobs disappear and families are stretched to their breaking point, citizens and politicians are embroiled in an ideological battle about how to turn things around.

NOVEMBER 13, 2012 — Solar Mamas
Rafea — a 30-year-old Jordanian mother of four — is traveling outside of her village for the first time to attend a solar engineering program at India’s Barefoot College. She will join other poor women from Guatemala, Kenya, Burkina Faso, and Colombia in learning concrete skills to create change in their communities.

JANUARY 8, 2013 — Soul Food Junkies
Soul food lies at the heart of African American cultural identity. The black community’s love affair with soul food is deep-rooted, complex, and in some cases, deadly. Soul Food Junkies puts this culinary tradition under the microscope to examine both its significance and its consequences.

FEBRUARY 12, 2013 — The Powerbroker
Whitney M. Young, Jr. was one of the most celebrated and controversial leaders of the civil rights era. As executive director of the National Urban League, he took the struggle for equality directly to the powerful white elite, gaining allies in business and government, including three presidents.

MARCH 12, 2013 — Wonder Women! The Untold Story of American Superheroines
Trace the fascinating evolution and legacy of the original comic book Amazon, Wonder Woman. From her creation in the 1940s to the superhero blockbusters of today, pop culture’s representations of powerful women often reflect society’s anxieties about women’s liberation.

APRIL 9, 2013 — The Island President
Maldives President Mohamed Nasheed is confronting a problem greater than any world leader has ever faced — the literal survival of his country and everyone in it. His is the most low-lying country inthe world; a minor rise in sea level would literally erase it from the map.

MAY 14, 2013 — The Revolutionary Optimists
Amlan Ganguly teaches the children of Kolkata’s slums to become leaders in improving their own community’s health and sanitation. Using street theater, dance, and data as their weapons, the children have cut malaria and diarrhea rates in half, increased polio vaccination rates, and turned garbage dumps into playing fields.

JUNE 11, 2013 — Love Free or Die
Love Free or Die is about a man who has two defining passions that the world cannot reconcile: his love for God and for his partner Mark. The film is about church and state, love and marriage, faith and identity — and openly gay Bishop Eugene Robinson’s struggle to dispel the notion that God’s love has limits.