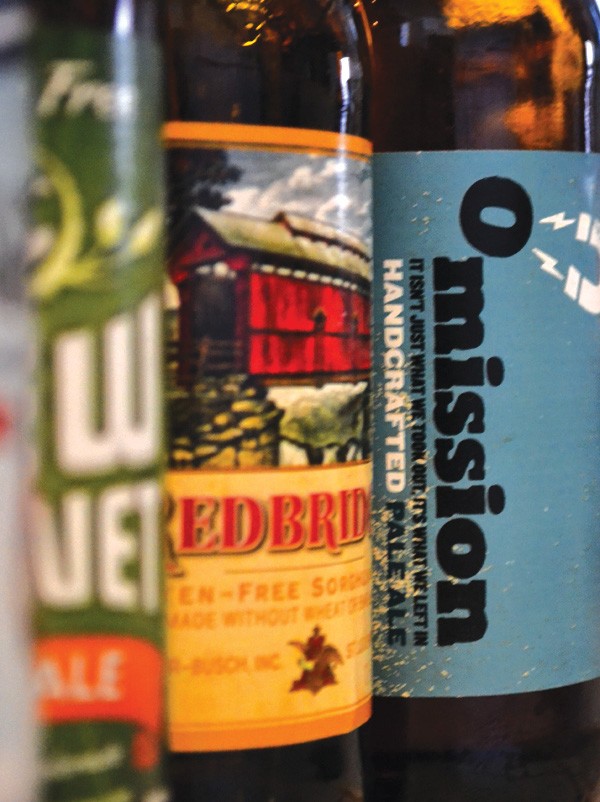 Gluten-free is more than a buzzword for people who suffer from celiac disease or who are gluten-intolerant. Having to negotiate the minefield of the standard American diet on a daily basis—pass on the cake, no pizza, skip the power bars—is enough of an inconvenience for them. But the prospect of life without beer is truly tragic.

The standard beer recipe uses malted barley, one of the family of grains that contains gluten, even after the brewing process. Recognizing a need, brewers have stepped in with an increasing variety of alternatives, including beer made from sorghum, rice and millet, and traditional malted barley that has been stripped of much of its active gluten—manufacturers claim—by a proprietary enzymatic process.

I was curious how the new slate of U.S.-made alternative ales (some of the oldest and most popular hail from the U.K.) stacked up in a taste test, and also whether or not two locally made, regular ales inserted into the blind tasting would stand out in contrast. No gluten-intolerant persons were harmed in this taste test.

New Planet Pale Ale Because there is no malted barley in this beer, it’s subject to odd labeling rules. Nutrition facts are listed below the government warning. Ingredients: sorghum and brown rice extract, molasses, tapioca maltodextrin, caramel color, hops and yeast. The best that can be said is that it generates the foamiest head. Bretty, sour aromas—tequila, maybe—tangy acidity and an unflattering finish undermine this product. If they’d gone all-out Belgian-sour style, it might have worked. From Boulder, Colo. 6.7 percent ABV. ★★

Red Bridge Anheuser-Busch’s bid for the gluten-free tailgater contains sorghum, corn syrup, hops and yeast. I’ll say one thing for it: With its aroma of skunky hops and grapefruit, crisp, watery mouthfeel and metallic aftertaste, it beats Bud Light. The real punch line is that major market beers like Bud and Corona are made with corn and rice additions and are low in gluten anyway. But this is absolutely celiac-friendly and would be refreshing enough with a wedge of orange on a hot day. 4 percent ABV. ★★

Omission IPA Widmer’s savvy but slightly controversial entry. The label does not say gluten-free because the beer is made with malted barley. How so? Before brewing, the company explains, they add “a brewing enzyme called Brewers Clarex, which breaks apart and detoxifies the gluten protein chains.” The Omission website is supplied with lab results attesting to the gluten levels at less than 10 ppm. The Omission IPA is not supplied with the expected IPA profile. Floral, fruity and innocuous; slightly bitter finish. 6.7 percent ABV. ★★½

Bear Republic Grand-Am American Pale Ale It’s not the aggressive, fresh hop aroma that made this easy to guess—gluten-free producers are free to stuff as many oily green cones into their brew as they wish (I have a friend who “wet-hops” Omission beers, in fact, with fresh hops just to get an acceptable flavor). Ridiculously hoppy, full, rich and balanced. 6 percent ABV. ★★★★

St. Florian’s Flashover IPA It shouldn’t be the deep hue that identifies this as a regular, barley ale—what with their caramel colorings, producers of sorghum and syrup beverages have a rich palette to play with. And it doesn’t stand out as an IPA—more like an amber ale, hops bringing up the finish after sweet, smoky aromas of toasted grain. But it’s obvious that sorghum brewers are not stepping it up to this level. 7.3 percent ABV. ★★★★½