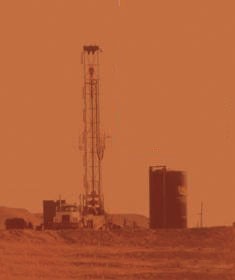 Fossil fuels are going gone. Earth’s big underground oil barrel is near empty. This simple summary gets the point across blandly, but for a brilliant animated version, see a gem by the Post Carbon Institute called Don’t Worry, Drive On: Fossil Fuels and Fracking Lies. It’s a masterpiece of clarity and moving graphics that breaks the news gently.

The public health costs of extracting the last of our fossil fuels are rising; gas extraction requires a controversial injection technique known as fracking—fracturing shale for gas deposits—by which toxic chemicals and gas can contaminate drinking wells.

The pacifying message from oil firms is that everything is safe, that fracking dangers are exaggerated because every state has regulations that protect citizens and nature. But a recent report, issued by the environmental advocacy group Earthworks, shows that regulations are not adequately enforced.

Breaking All the Rules: The Crises in Oil and Gas Regulatory Enforcement is a 124-page report of findings made during a one-year study that investigated regulatory enforcement in six representative states across the country. Among the findings was that almost 350,000 oil and gas wells operate without oversight or inspection. When violations do occur, it’s up to the discretion of the individual inspector to decide whether or not the violation even gets recorded. If and when a violation gets reported to authorities, penalties are so weak that there is little if any incentive to follow regulations.

This is worth musing over. If a DUI resulting in hit-and-run manslaughter held the same penalty as a parking ticket, then for less than $50 per death, drunk drivers could stay in business.

A more realistic example is taken from an event I reported on in a certain county of renown. A grower of a profitable beverage crop broke the law by bulldozing a hillside, which resulted in a mudslide that effected the water quality in a reservoir of drinking water. People were upset. They wrote letters to the editor and talked about it over glasses of the crop-related beverage. Soon, the water quality cleared and the story became stale.

What happened to the scofflaw? He paid a fine of a few thousand dollars, which was a modest expense he had planned for in advance—the cost of doing business. What incentive did he have to follow the laws protecting the watershed?

Likewise, what incentives do U.S. oil and gas drillers have for following regulations that protect drinking water and other interconnected resources of nature?

Read the report at www.earthworksaction.org.