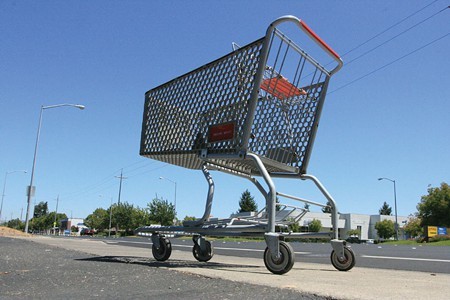 The special zoning amendments for small grocery stores in Santa Rosa’s federally-designated Food Desert were rescinded at a City Council meeting last week. We’ve reported previously on the lawsuit filed by the Living Wage Coalition, which contended that this ordinance violated the general plan.

The Living Wage Coalition told us that they would drop the lawsuit if the ordinance was repealed.

The lawsuit was a response to Walmart’s national trend of opening “small marts” or smaller, neighborhood grocery stores, in areas that are underserved by vendors of fresh fruits and vegetables.

According to newspaper coverage, councilman Gary Wysocky, who did not vote for the zoning amendment, criticized it again when it was rescinded, pointing out that the data was old. He had previously brought up that other grocery stores have entered the supposed desert since the 2001 statistics that were used in determining its status.

Still, residents of the wide swath of Southeast Santa Rosa along Santa Rosa Avenue face difficulties in procuring food despite the grocery additions. Last summer, we went to the food desert and checked it out.