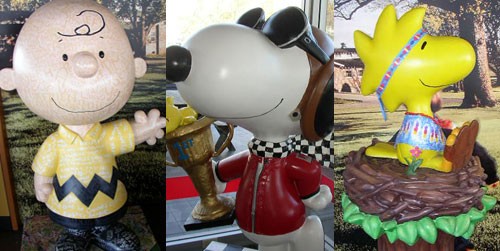 The Santa Rosa City Council announced yesterday that in addition to accepting open applications for a vacant council seat, it will offer city residents the opportunity to submit their own possible questions for city council interviews, scheduled to take place on Jan. 28.

In the spirit of civic participation, here are five possible questions for the Council’s consideration:

1. If the Sonoma County Economic Development Board weighs in favorably regarding the economic effect of Russian River Brewing Co.’s Pliny the Younger on downtown Santa Rosa, would you be willing to replace the water in every public fountain with beer?

2. If Guy Fieri offered the City of Santa Rosa $1 million to erect a 50-foot, blazing yellow statue of himself cooking up a batch of Rockin’ Lava Shrimp underneath a banner that says “WELCOME TO FLAVOR TOWN” in middle of Courtyard Square, would you vote “aye” faster than Fieri can chow down an order of PBR Pig Stix, or would you tell the man to go jump in a vat of Donkey Sauce?

3. When passing by the mall, what makes your sadder? That ill-sighted city planning allowed the creation of a brick behemoth cutting off one part of downtown from the other without an easy thoroughfare for pedestrians and bicyclists, or the fact that never again will you be able to pile food on your plate from the Fresh Choice buffet and wash it all down with an old-school Orange Julius?

4. If you had to choose to see one of these items blown up for the sake of raising city tax dollars, which would it be? a) Every Peanuts statue between Fourth Street and Steele Lane. b) The Cyclisk crushed bicycle obelisk on Santa Rosa Ave. c) The Measure O baseline funding levels. d) The hand statue in front of the mall.

5. Walmart Neighborhood Market—a terrific solution to the food desert issue on Santa Rosa Ave., or the worst idea to come along since the Press Democrat begin allowing unmoderated online comments?

Interested in submitting your own questions? The deadline to submit questions is 5:30pm on Tuesday, January 22, 2013. Questions may be submitted in person to the City Clerk’s Office located at 100 Santa Rosa Ave. Room 10, or by emailing them to [email protected]