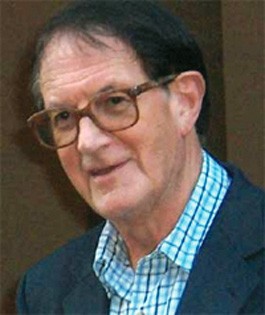 Born in 1932, the French composer Aubert Lemeland lived through and wrote amid both the glory and damnation of the 20th century. His large-scale symphonies from 1975 onward evoke the triumph of humankind, while Lemeland when younger swung darker; Songs for the Dead Soldiers, inspired by the liberation of his hometown by American troops in 1944, is as evocative a piece of work one might find in a budding talent soon to amass a repertoire of over 200 pieces, including recordings by Arturo Toscanini and performances by Renée Fleming.

Despite his prolific output, Lemeland remains an obscure figure outside of France. His death just two weeks ago at the age of 77 merited barely any ink in the American press. In France, however, all proverbial eyes are on the Santa Rosa Symphony, where the world premiere of his final commissioned work, Battle Pieces, will make its debut this weekend. Expanding on Songs for the Dead Soldiers, Lemeland’s transcription for strings provides backing for five poems written by soldiers in La Haye-du-Puits. Recited by longtime Santa Rosa Symphony patron and WWII veteran Bernard Sugarman and under the baton of admirer and fellow Frenchman Bruno Ferrandis, expect a moving tribute to a giant talent.

Lemeland would no doubt be thrilled by the fact that Battle Pieces is being unveiled in the shadow of the Sonoma Coast, where John Adams, a late inspiration, spends quiet time composing; in fact, his friend Pascal Lanco wrote in a French paper that before his death, the composer was “very emotional when he thought of the coming premiere in Santa Rosa.” With the program rounded out by Poulenc’s Gloria and Fauré’s Requiem, a more fitting honor to the man couldn’t have been arranged. The Santa Rosa Symphony performs Lemeland’s Battle Pieces Saturday&–Monday, Dec. 4&–6, at the Wells Fargo Center. 50 Mark West Springs Road, Santa Rosa. 8pm Saturday and Monday; 3pm Sunday. $28&–$55. 2pm Saturday rehearsal, $10. 707.546.8742.