This week, we wrote about Secretary of Labor during the Clinton administration Robert Reich, who will appear at the Glaser Center on Feb. 25. 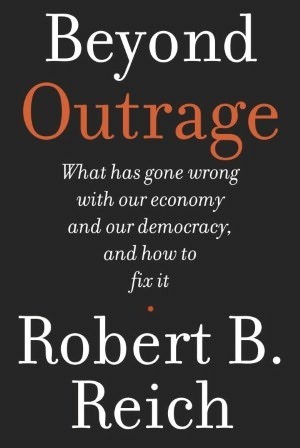 You can read more on his blog, here. He takes on fiscal cliff rhetoric here, writing:

“Here’s the truth: After the housing bubble burst, American consumers had to pull in their belts so tightly that consumption plummeted — which in turn fueled unemployment. Consumer spending accounts for 70 percent of economic activity in the U.S. No business can keep people employed without enough customers, and none will hire people back until consumers return.”

This is an idea that he expounds on in his latest book, “Beyond Outrage,” which you can read bits of here. This book views The Recession and its aftermath not simply as a by-product of government spending, but of what he calls “anemic recovery” because private spending power is so unequally distributed between increasingly polarized wealth stratas.

“Because so much income and wealth have gone to the top, America’s vast middle class no longer has the purchasing power to keep the economy going—not, at least, without going deeper and deeper into debt,” he writes.